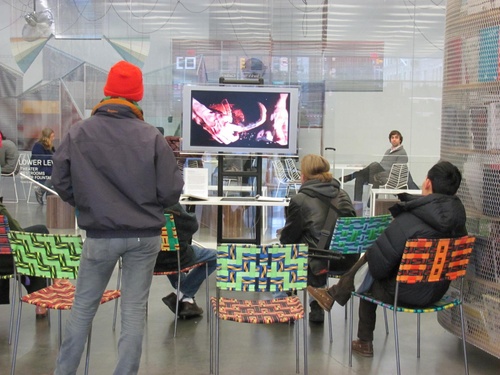 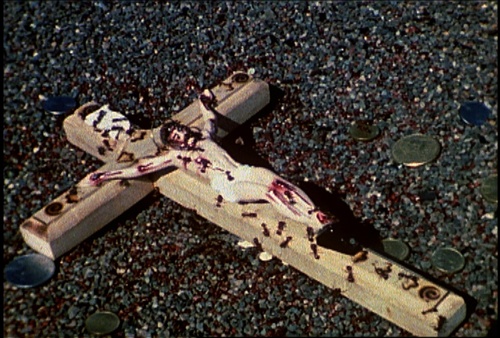 Exhibitions
David Wojnarowicz: A Fire in My Belly, A Work in Progress (1986-87)
David Wojnarowicz is a widely respected artist whose first U.S. retrospective was held at the New Museum in 1999. The film, A Fire in My Belly, A Work in Progress (1986-87) is a poetic meditation on man, life, death, faith, and suffering made in part as a response to the AIDS-related death of his close friend, artist Peter Hujar. In the 13-minute silent film, Wojnarowicz juxtaposes informal black and white footage from the streets of Mexico with staged color images in a rough montage. After Wojnarowicz’s own untimely death from AIDS in 1992, a separate seven-minute version was found in his studio. A four-minute excerpt was created from the original 13-minute film for inclusion in the exhibition “Hide/Seek: Difference and Desire in American Portraiture,” at the National Portrait Gallery in Washington D.C., which opened on October 30, 2010.

One month later, Catholic League president Bill Donohue called the work an act of “hate speech” against Christians, and began to pressure the House and Senate Appropriations Committees to reconsider funding for the Smithsonian. In response to this uninformed misreading of the work and mounting pressure, the work was removed from the exhibition on November 30, 2010. The New Museum is screening David Wojnarowicz’s original work, followed by the seven-minute version, in its Lobby as an act of solidarity with the many artists whose rights of expression continue to be limited by misinformation and fear. 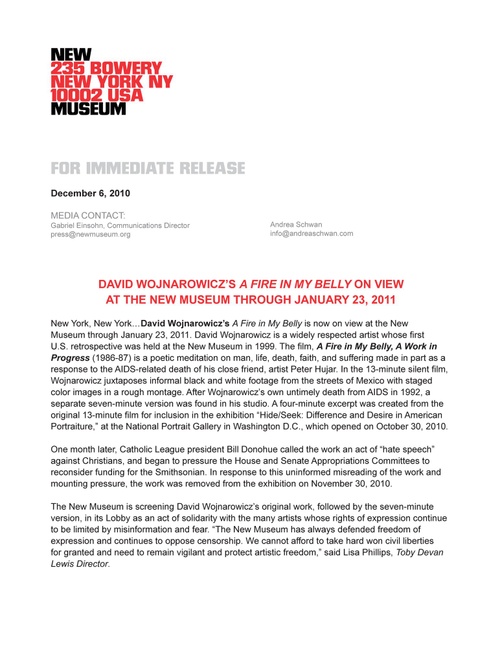