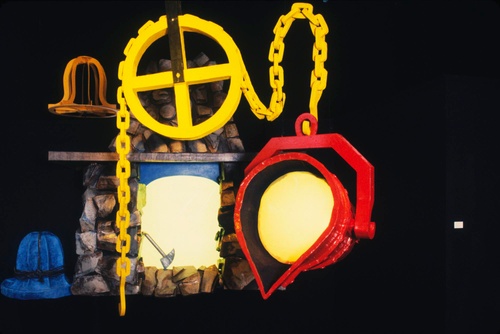 Exhibitions
Ericka Beckman: Sets from Cinderella
From June 21 to  August 10, 1986, as part of the On View program, the New Museum presented several of Ericka Beckman’s elaborate sets from her 16mm musical film, Cinderella.

Beckman’s film wove the classic tale of Cinderella into a number of “games” which analyzed accepted social norms and values. The use of elaborate sets to define an abstract, artificial realm was crucial to the film’s “game,” in which the key player, or protagonist, was launched like an arcade pinball through different environments.

Among the sets included in the lobby exhibition were a massive forge / hearth, a smelting pot, a steam whistle / time clock, and an enormous Jack O'The Clock sign. Photographs from the film were also shown. 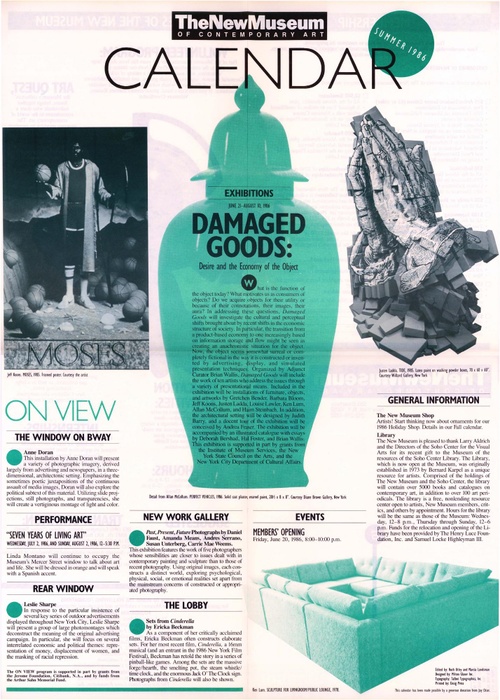 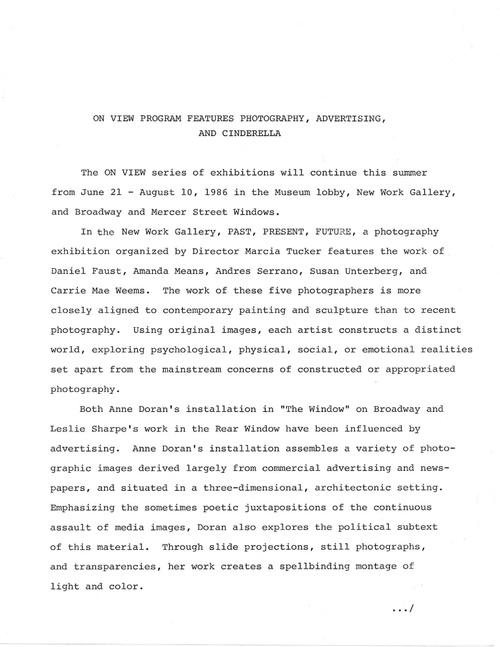