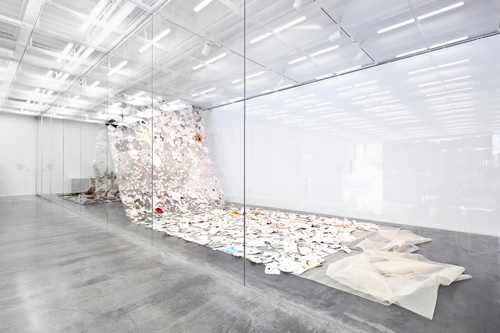 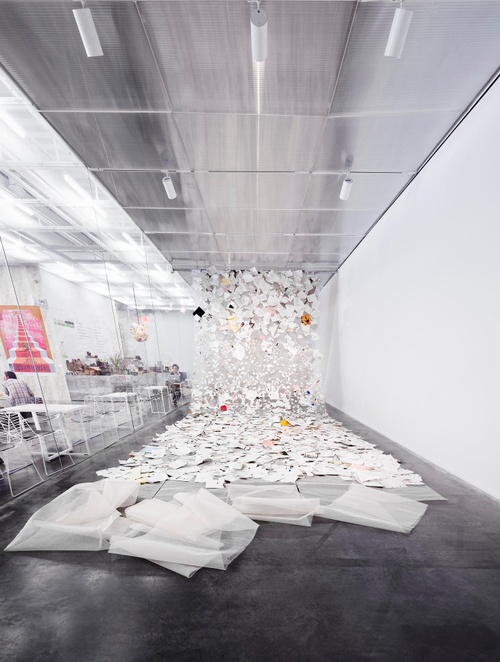 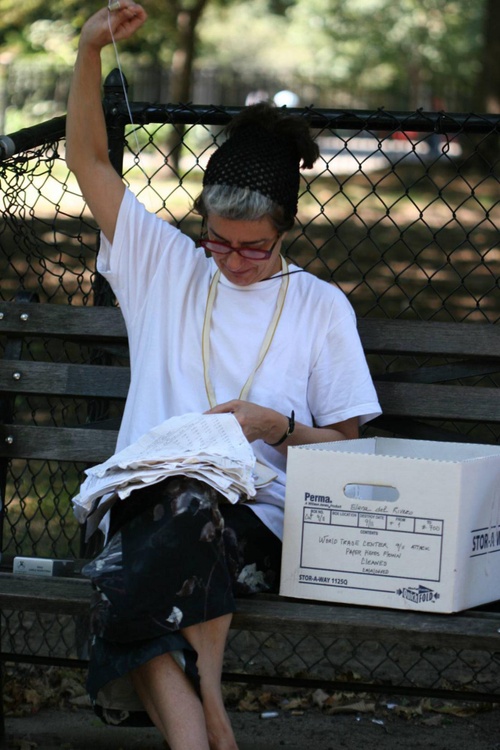 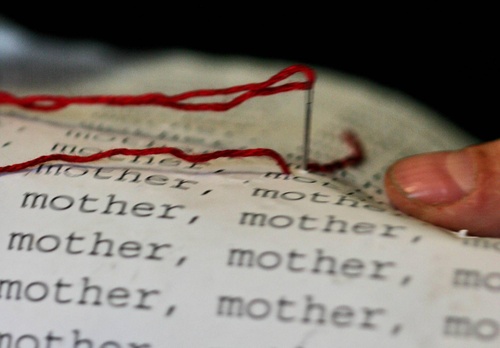 Prior to the 9/11 attacks, Del Rivero lived and worked on Cedar Street, directly across from the World Trade Center. In the aftermath of the event and as a result of the sheer force of destruction, her space was filled with ashes, dust, and debris. She was in her native Spain on the day of the terrorist attacks, but when she returned home, she began the task of carefully salvaging and cataloging the office memos, personal notes, and other documents that had blown through the collapsed windows of her loft. Over the course of five years, these scraps were gradually and meticulously cleaned, inventoried, removed of personal identity, and then hand sewn on to rolls of fabric. Strung from the ceiling of the New Museum’s lobby gallery in a cascading form, these lengths of cotton flow like waterfalls or clouds of smoke, turning the installation into a powerful evocation of the event itself, its historical weight, and the individual lives affected by it. Immersed in the intricacies of the installation, viewers will see 3,136 pieces of found burned papers carefully stitched to cotton mesh, amounting to more than 500 feet of material.

This is the first New York museum presentation of this work. The piece was installed previously at the Corcoran Gallery of Art in Washington, D.C., in 2008.

“Lower Manhattan has been a local, national, and global creative center for decades—a place where artists have always lived and worked, and where they continue to live and work today,” said Lisa Phillips, Toby Devan Lewis Director of the New Museum. “Elena del Rivero is a member of that community which worked through great tragedy to keep hope and memories alive. She used her artistic vision to find meaning and new life for these charged scraps of the past that landed in her studio. We are proud to present this work for the first time in New York as part of our ongoing commitment to the Downtown cultural community. The New Museum opened in 1977 on Hudson Street and was on Broadway for twenty years. When we chose to build on the Bowery in 2002, we did so to serve as a catalyst and international cultural magnet for a community that was brought to its knees after 9/11. A decade later, there is an enormous resurgence of cultural activity in Lower Manhattan, further fortifying a district that has long been a home to artists and venerable cultural organizations.” 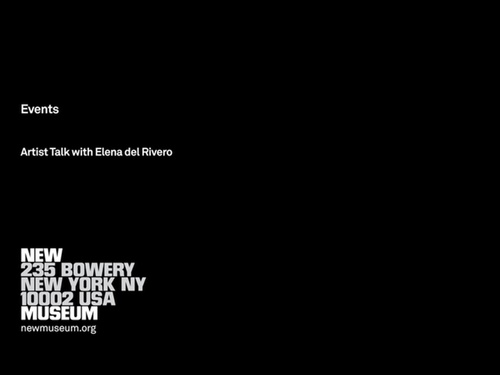 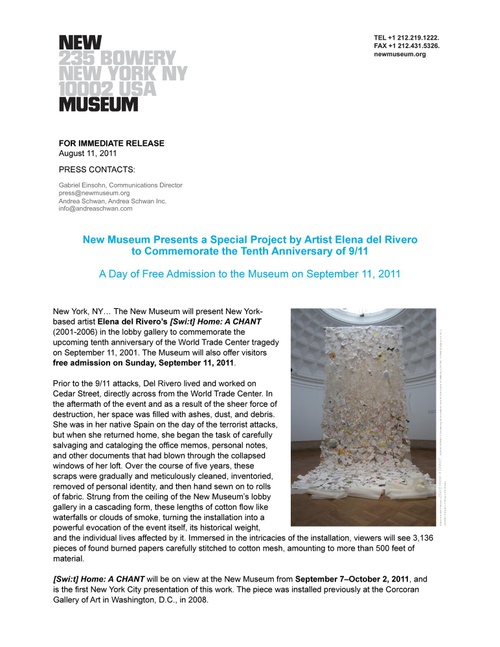