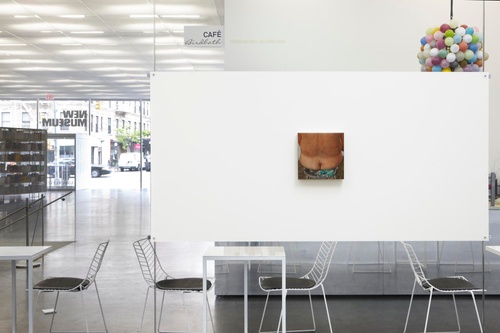 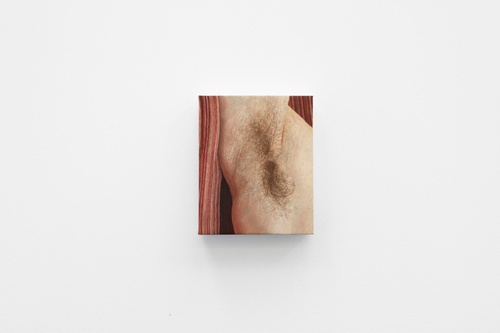 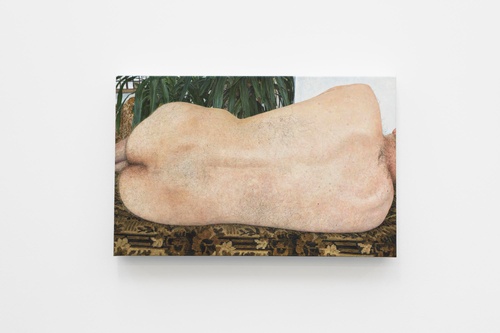 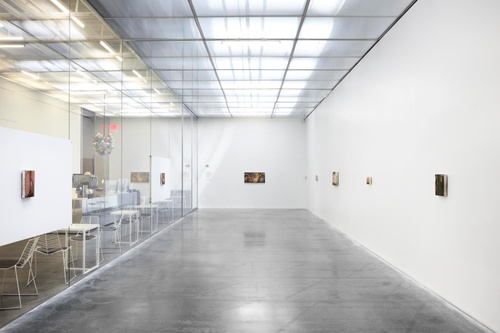 Exhibitions
Ellen Altfest: Head and Plant
This May in the Lobby Gallery, the New Museum will feature the first solo museum presentation of the work of New York-based artist Ellen Altfest. Altfest is a figurative painter whose intimately scaled works convey a distinct approach to realism and a sustained commitment to looking. Her painstaking depictions result in paintings that expand perception while exposing overlooked or under-appreciated aspects of her subject matter. Painting from life, over a long period of time, she chooses subjects ranging from plants, rocks, logs, and gourds to a more recent fascination with the male figure. The exhibition at the New Museum will present a group of works from this latest series.

Folds of skin, an opened armpit, a tuft of hair, the delicate veins in the hand—discrete elements of ordinary male bodies—are intensely scrutinized and rendered in exquisite detail with immeasurable care. A universe of information lies within the shallow depth of field and thin layers of oil paint that comprise each work. This excess of information renders Altfest’s figures unfamiliar and abstract, as if one were seeing these parts of the body for the first time.

Eschewing traditional compositional formats in favor of unexpected cropping and juxtapositions, Altfest creates a compelling friction in the picture plane. Head and Plant (2010), as the title denotes, is a painting of a male head and a potted cactus. The conventions of portraiture are upended, however, by Altfest’s decision to obstruct the face of the male figure with a plant. Instead of an identifiable visage, one is met with the confounding presence of a cactus, whose intrusion appears as matter of fact as it is absurd. The Back (2008–2009) depicts a body on its side, turned away from the viewer. Errant hairs, pink blemishes, and the curve of a shoulder blade serve as landmarks on this vast expanse of corporeality. With a heightened sense of realism and a narrowing of focus, Altfest reveals the extraordinary complexity of ordinary things.

Ellen Altfest was born in 1970 in New York City. She received her MFA from Yale University and attended Skowhegan School of Painting and Sculpture in 2002. She has been awarded residencies at the Chinati Foundation, Marfa, Texas, where she presented a solo exhibition, and the Dorland Mountain Art Colony, Temecula, California. Her work was included in “USA Today” at the Royal Academy of Arts, London, the National Academy Museum’s Annual Exhibition in New York and will be featured in “It is what it is. Or is it?” at the Contemporary Arts Museum Houston. She currently lives and works in New York City. 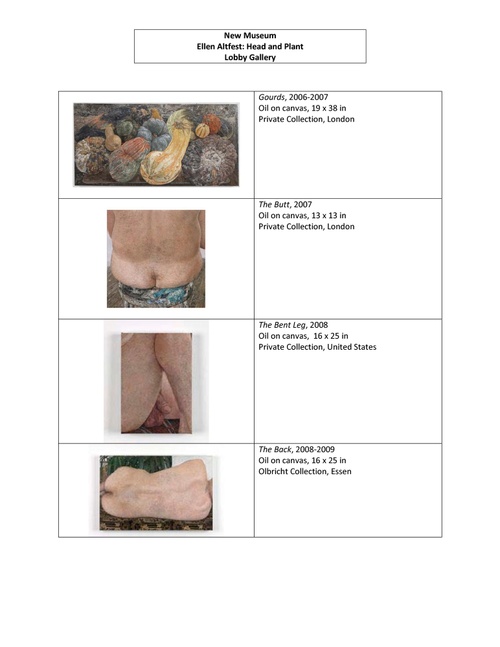 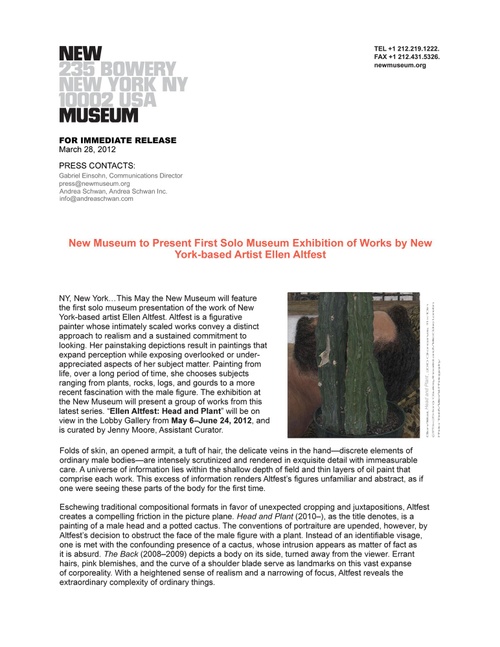 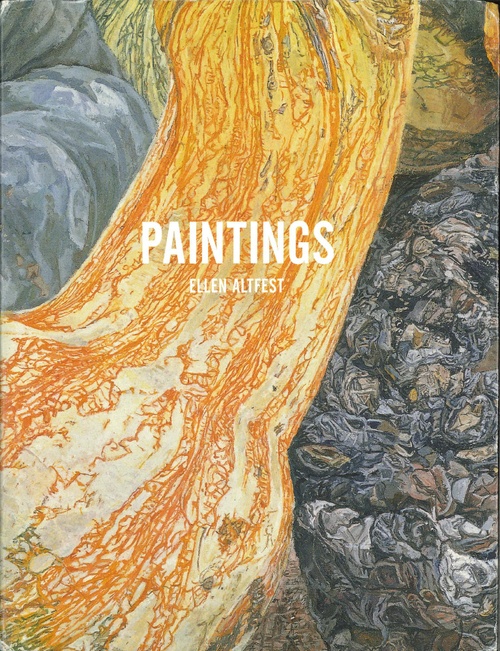