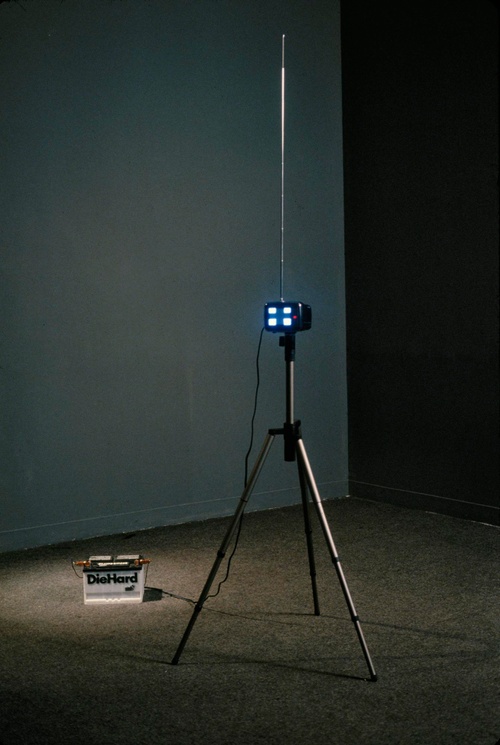 Exhibitions
Requiem: Wolfgang Staehle
“In Requiem, a single monitor mounted on a tripod and anchored by cable to a Die Hard automotive battery broadcast a static pattern in the shape of a cross. Brahms’ Requiem filled the dimly lit gallery. By appropriating historical images and placing them as ‘paintings’ on video display and by using soundtracks from other historical periods, Staehle’s installation engaged the audience n a response to the spectacle of modernity, and to history on—and the history of—television.”
-From The New Museum Annual Report, 1988