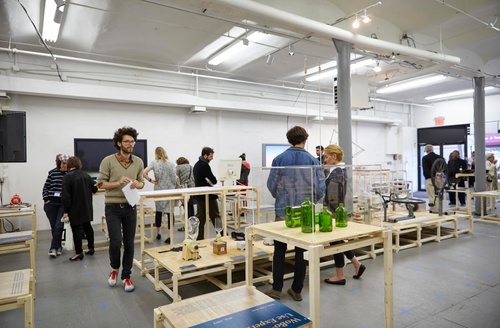 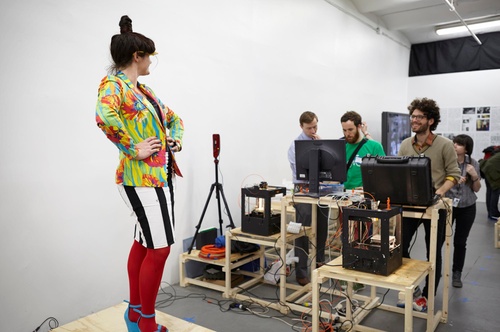 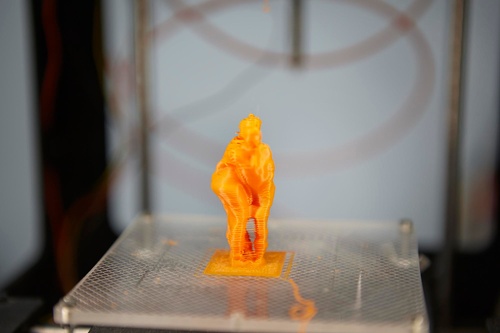 Exhibitions
Adhocracy
The exhibition explores a new direction in contemporary design through twenty-five projects—presented through artifacts, objects, and films. In the place of standardized, industrialized perfection, the exhibition embraces imperfection as evidence of an emerging force of identity, individuality, and nonlinearity in design. As design welcomes the new technologies of the information age, the field itself is being reshaped. Some have built their practice around the collaborative ideology of the open source movement; others explore the opportunities opened up by new low-cost fabrication technologies. Some are exploring new economic models of production; others are challenging the established hierarchies between designers and end-users.

In the last few years, exponential technologies have substantially transformed how we work, communicate, and relate. Network culture today permeates everyday life and this has profoundly impacted the way designers think and work and the nature of the objects they produce. This exhibition explores these transformations and offers a critical contextualization within the history of design. “Adhocracy” is purposefully heterogeneous, embracing everything from medical innovation to cultural and political criticism, and from furniture design to weapons manufacturing. It will include many examples of practitioners whose work embraces open source hardware design, and will particularly emphasize the idea of the “commons” in relation to production.

“Adhocracy” acknowledges that the world of people who make things is in upheaval. In the last two decades, exponential growth in various technologies—from global communications networks to fast, low-cost digital prototyping—have radically transformed everyday life, and many from the industry speak of a new industrial revolution. If the last industrial revolution was about making perfect objects—millions of them, absolutely identical, produced to exactingly consistent quality standards—this one is about making just one, or a few. Its birthplace is not the factory but the workshop, and its lifeline is the network. As the theater of a fast-moving debate over society’s future, design is today engaged in a struggle between bureaucracy and improvisation, authority and the irrepressible force of networks, in search of a new language and a new commons. If design is no longer the domain of a select few creating products of consumption for “the many,” according to the top-down model of bureaucratic industrialism, what is it? This exhibition argues that rather than the closed object, the maximum expression of design today is the process—the activation of open systems, tools that shape society by enabling self-organization, platforms of collaboration independent of the capitalist model of competition, and empowering networks of production. Design is migrating from the rigid domain of bureaucracy towards the rhizomatic realm of adhocracy.

The exhibition will include several projects centered around on-site laboratories of production, such as Blablablab’s “Be Your Own Souvenir” project, where visitors to the exhibition can have their body scanned and reproduced in miniature by 3-D printers, or Unfold’s “Stratigraphic Manufactury,” in which New York–based ceramists (Jen Poueymirou, Larisa Daiga, and Eric Hollender) will create 3-D-print porcelain artifacts on-site. Visitors will be encouraged to interact with many of the installations, including an app censored by Apple that maps every US drone strike from 2004 through the present. 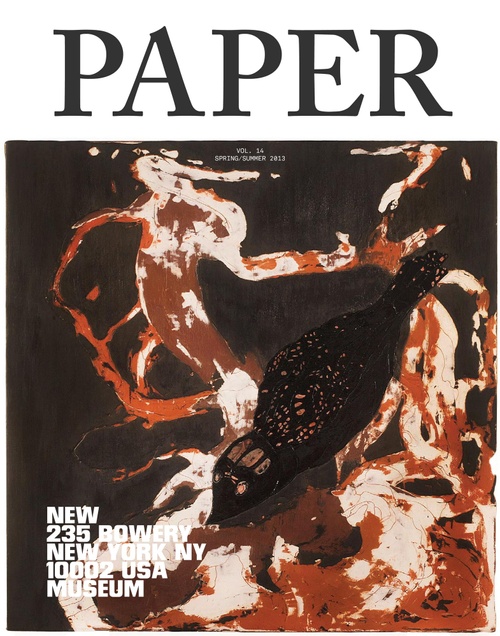