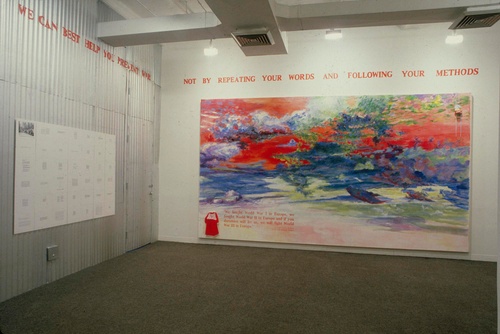 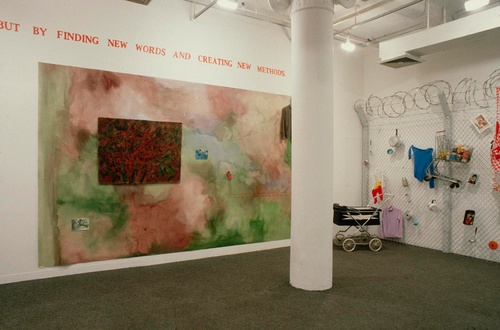 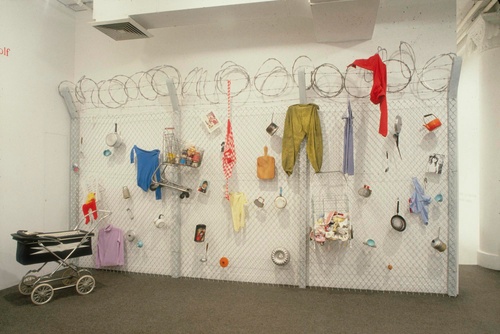 Exhibitions
Common Land/Greenham: An Installation by Margaret Harrison
Margaret Harrison, who worked at the forefront of British feminist activism, often used traditional art media to communicate her politics. For this exhibition Harrison created an installation featuring collaged paintings, depicting various aspects of the Women’s Peace Camp at Greenham Common NATO Air Force Base outside London. Beginning with a protest march in 1981, the Greenham vigil included more than 50,000 women and came to be an international paradigm and inspiration for political activists worldwide.1
Produced during a one-month residency in New York, “Common Land/Greenham” tells two distinct but interrelated stories. First and foremost is the story of the American Air Force Base at Greenham, England, where ninety-six U.S. Cruise missiles were deployed. More particularly, the installation tells of the Women’s Vigil at the gates of the base, who ban protesting in 1981. But “CommonLand/Greenham” tells another story as well, that of the Common itself: a history of the land, and its appropriation, of changes in the environment wrought by changes of ownership and uses to which the land has been put, the history of altering ecology. Like the Women’s Vigil itself, “Common Land/Greenham” can be seen as an inquiry into the various histories and ideologies of ‘land’ that lie in the phrase ‘land-based nuclear missiles.’ Employing a range of representational registers, the installation underscores the interrelation of these two tales of Greenham Common, situating political praxis in terms of its most seemingly mundane effects, and identifying art as signal means of civil disobedience.2 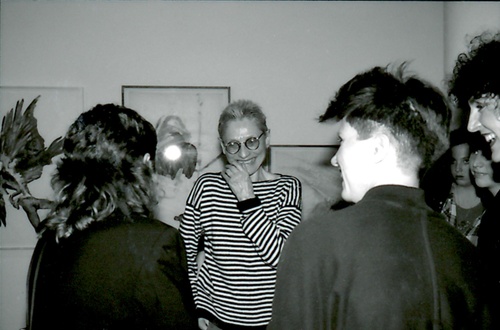 A Conversation with Nancy Spero, Margaret Harrison and Jo-Anna Isaak 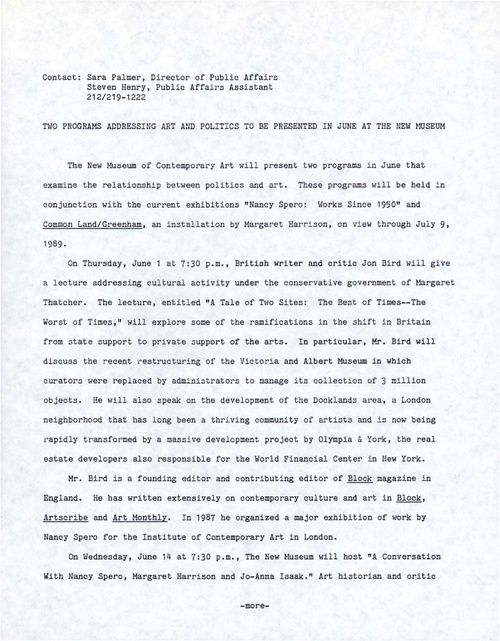