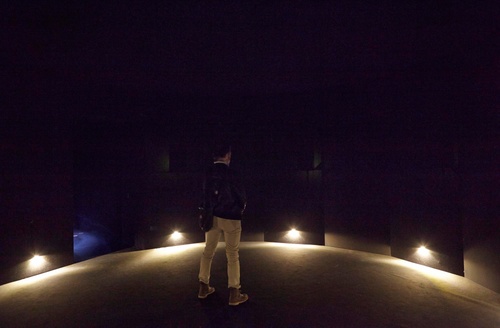 Exhibitions
Roberto Cuoghi: Šuillakku – Corral
In May, the New Museum will present the first solo museum presentation in New York of the work of Roberto Cuoghi. Through an array of unconventional media, Cuoghi’s projects explore ideas of metamorphosis, hybridity, and violence. In the past, he has used mediums such as painting, drawing, sculpture, and animation to confront the challenges of self-representation as well as physical and psychological transformation. In 1998, while he was still in his mid-twenties, he began what is perhaps considered his most legendary project, when he decided to literally transform himself into an old man. The artist adopted mannerisms as well as the eating and dressing patterns of a senior citizen, eventually coming to resemble a white-bearded, heavyset man, forty years his senior. Cuoghi has continued this experimental approach in works such as “Asincroni,” in which he used overlaying sheets of acetate to create surreal alterations of portraits of deceased relatives. With a similar combination of obsession, passion, and devotion, Cuoghi later undertook a two-year study of Assyrian language and rituals, for which he produced a gargantuan reproduction of a small talismanic statue of the menacing demon-god Pazuzu in 2008. Most recently, for the 55th Venice Biennale, he created Belinda (2013), a monumentally scaled sculpture modeled after microbial life-forms.

For his exhibition at the New Museum, Cuoghi will present Šuillakku – corral version (2008–14), an immersive sound installation evoking an imagined ancient Assyrian lament from the seventh century BC. For this piece, Cuoghi embarked on an imaginative journey back in time to the period between 612 and 609 BC, when the Assyrian Empire and its capital, Nineveh, was under attack and eventually fell into ruin. Channeling the grief and fear that were likely prevalent at the time, Cuoghi’s lamentation is performed on a collection of handmade instruments carefully researched, built, and played by the artist himself. Each instrument was recorded individually and assembled into a composition, which can be heard in its entirety when visitors stand at the center of the sound installation. The title, pronounced “shoe-ee-lah-coo,” refers to a posture adopted by the ancient Assyrians when praying, in which one hand is raised. As in much of Cuoghi’s work, the installation explores the ways in which the power of imagination can help transform both history and reality.

“Roberto Cuoghi: Šuillakku Corral” will be on view on the Third Floor from April 30–June 29, 2014. The exhibition is curated by Massimiliano Gioni, Associate Director and Director of Exhibitions, and Margot Norton, Assistant Curator.

The exhibition will be accompanied by a fully illustrated catalogue featuring an interview with the artist and new reflections on Cuoghi’s practice by Alison Gingeras and Thomas Grünfeld. 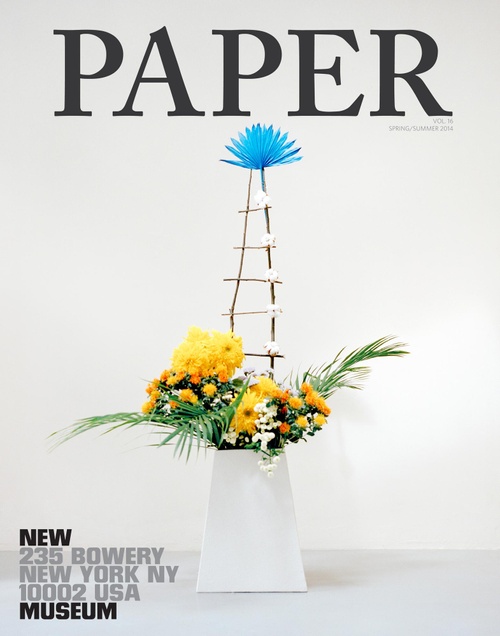 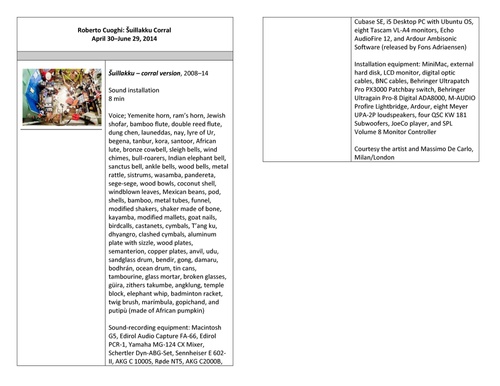