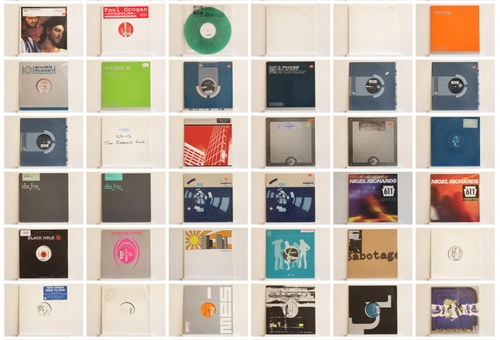 From 2011–12, Cory Arcangel’s Brooklyn studio archived 839 trance and underground LPs that had been purchased from legendary DJ Joshua Ryan. The AUDMCRS Underground Dance Music Collection of Recorded Sound is a public archive of these LPs, presenting all relevant data (i.e., format, size, speed, generation) on each record with an accompanying image of the album’s cover art. The project underlines the personal obsession often involved with collecting, as well as Arcangel’s own interest in preserving a cultural history that relates to his work and life.