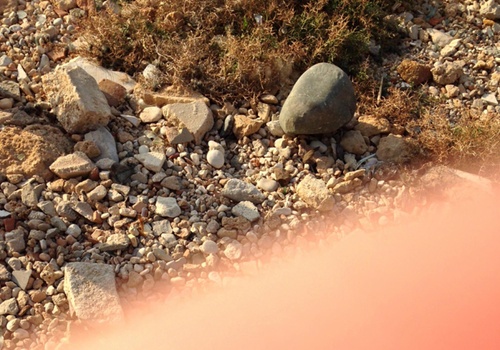 Exhibitions
Rheim Alkadhi: Picture City Body
Picture City Body is a work by Rheim Alkadhi, commissioned by the New Museum as part of its First Look online exhibition series in 2013. The project manifests as an evolving inventory that records quotidian aspects of life in Beirut, some transitory or joyful, others illustrative of how the city’s history is sublimated into daily customs.

In its subjective framing, irregular classification, and lack of hierarchy or chronology, Picture City Body offers an unusual and experimental archive. Constituted by poetic essays that intermingle with photographs and text, it is subdivided by fragmentary headings, such as “Infinite Sub-Moments Multiply and Halt” and “Welcome to the Public Theater,” that are powerful as well as promiscuous in their meaning. Elastic and dynamic, the work expanded during the time it is featured in First Look, with additional essays introduced according to the periodic rhythm of Alkadhi’s process, which is reliant on variables including moments of inspiration along with more pragmatic logistics. This portrait of Beirut is clearly framed by Alkadhi, but at the same time feels unmoored. The narrative voice constantly switches tones, perspectives, and urgencies, causing the authorial body to disperse across many possible subjective positions and suggests that this fragmented and uneven urban experience is one that is widely shared.

In her essay “The Time-Body Factor,” Alkadhi writes, “We hover at the intersection of tall and short minutes.” And, indeed, “tall and short minutes” seem to be the time zone within which the piece exists. Here, situations—such as standing at the border of “the militarized city” in a demoralizing line or awaiting the opening of a theater amid a throng of excited bodies—are rendered both immediate and abstracted in a longer arc of time, one that shoots backward as well as forward into the history of this city. Beirut is often depicted from the outside by images of conflict related to the civil war; however, Picture City Body provides a counterpoint to these through a complex visual poetry of everyday life.1

In 2018, the site was archived by the New Museum Archives using Rhizome’s Webrecorder tool. The archived copy may be viewed via Webrecorder.io, here: https://webrecorder.io/NewMuseumArchive/first-look-rheim-alkadhi-picture-city-body/index.