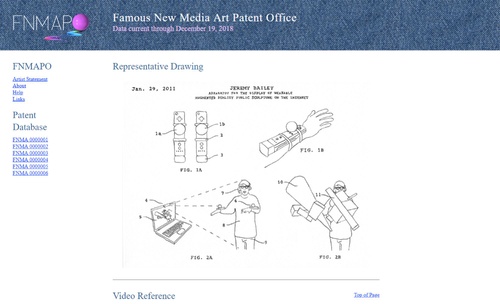 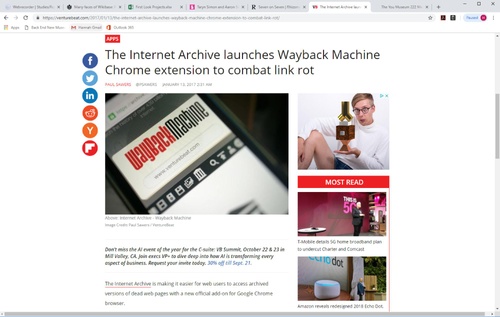 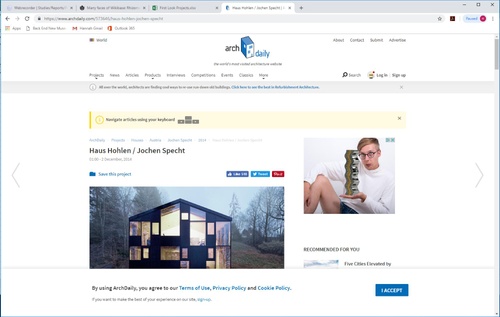 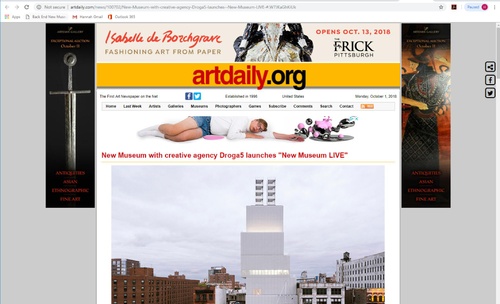 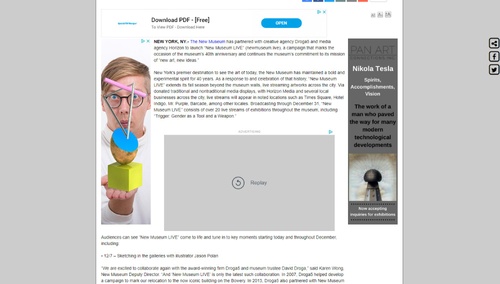 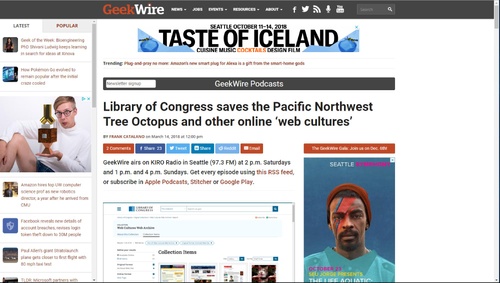 One such issue, arguably the most pressing, is whether the patent industry inhibits, rather than nurtures, innovation; another relates to the new modes of physical behavior, related to touch and interaction, that corporations seek to own. “Jeremy Bailey: Famous New Media Art Patent Office,” a new commission for the First Look series, satirizes these complex issues by creating patents for the artist’s performance works—each one a genuine innovation of augmented reality that is, simultaneously, too idiosyncratic and abstract to actually require protection.1

In 2018, the site was archived by the New Museum Archives using Rhizome’s Webrecorder tool. The archived copy may be viewed via Webrecorder.io, here: https://webrecorder.io/NewMuseumArchive/first-look-jeremy-bailey-famous-new-media-art-patent-office/