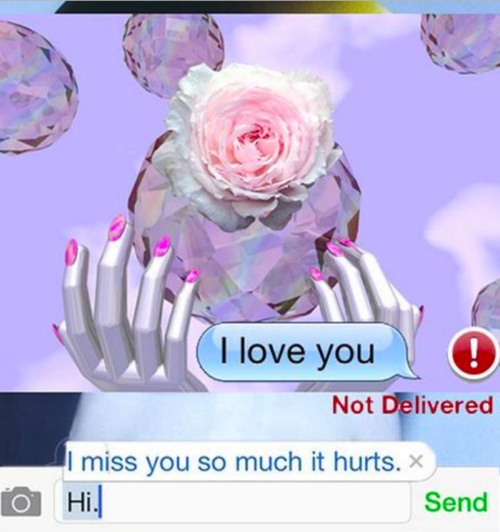 Exhibitions
Real Live Online
Writing in the late 1970s, Michel Benamou identified performance as the dominant characteristic of postmodern society—a cultural landscape where everything performs. Today, the internet has transformed capital’s age-old demand for ubiquitous performance into a twenty-four-seven reality. Users are constantly asked to produce and consume content, update software, respond to notifications, earn ratings, click, share, like. And yet our capacity to imagine and perform possible alternatives—to pursue love, political projects, social connection, community, and self-determination—has not been exhausted.

“Real Live Online” brings together eight new works of internet performance by artists who explore the form’s social, aesthetic, and political deployment within contemporary relations of production.1 The exhibition began at 10 a.m. on Monday, December 21, 2015, with IDPW’s twenty-four-hour live-streamed participatory sleepover Internet Bedroom. New works were then presented on an ongoing basis through January 21, 2016. In some cases, the featured works highlight the political and economic inequalities at play in these practices, such as João Enxuto and Erica Love’s Waiting for the Internet (2015), which surveys the waiting room of an overcrowded public computer lab in Atlanta where basic internet access requires a long wait. In other cases, the artists propose new forms of online performance, from a live stream of sleeping participants in IDPW’s Internet Bedroom (2015) to the networked ancestral rituals of Manuel Arturo Abreu’s Servicio Digital a Papá Legba (2015).2

Even where they highlight the limitations of the internet, the works reaffirm our enduring endeavor to defy the web’s protocological pressures, mobilizing its possibilities for collectivity against its imperatives of control.3 In the words of the curators, Lucas G. Pinheiro and Devin Kenny, the exhibition as a whole portrays the internet “as a performative, malleable, and contradictory platform for political and artistic experimentation.” Though it is characterized by unequal power relationships, the internet can still be mobilized by its users for performative aesthetic, political, and social projects, and, through these processes, it can ultimately be reimagined.4