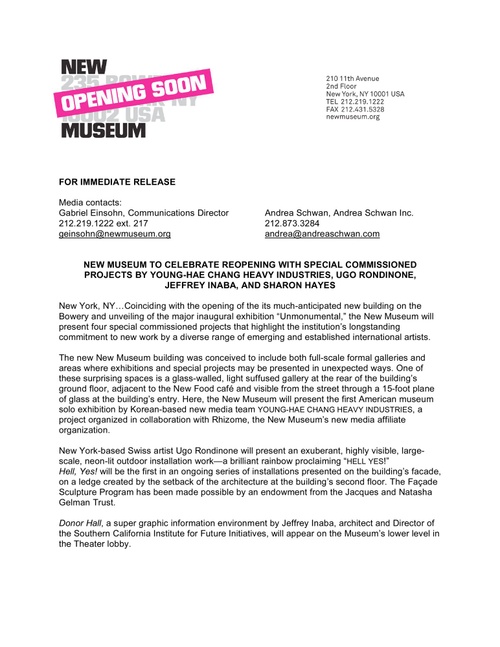 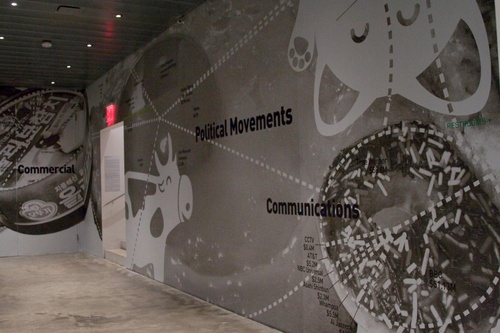 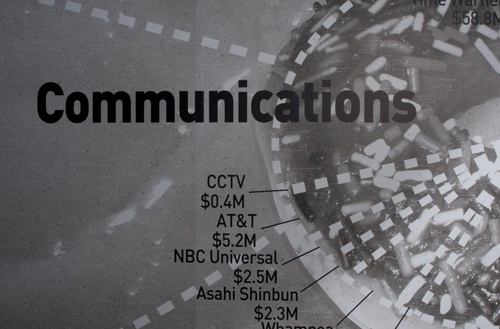 INABA and C-Lab have culled publicly available information about contributions to arts and culture around the world from the past three years, drawn from sources such as tax filings, corporate annual reports, newspapers, and research papers, indicating the contours of global generosity. Donor Hall covers the walls along the path leading to the Museum’s theater. The graphics convey information via traditional pie charts, in addition to images of actual pies, as well as pie-shaped foodstuffs, including hamburgers, sushi rolls, cheese wheels, and pizza. Superimposed on the charts are international pictograph-style depictions of animals associated with prosperity. Also imbedded in the imagery is hypertext drawn from classical American literature. By organizing allusive, disparate, and incongruous bits of data into legible interfaces, Inaba makes a world driven by such data and sustenance more open to understanding and change.