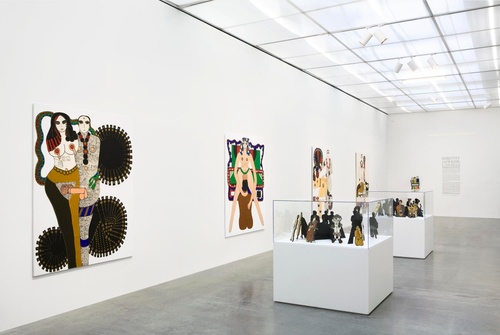 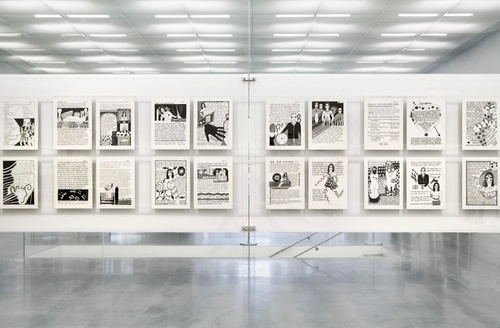 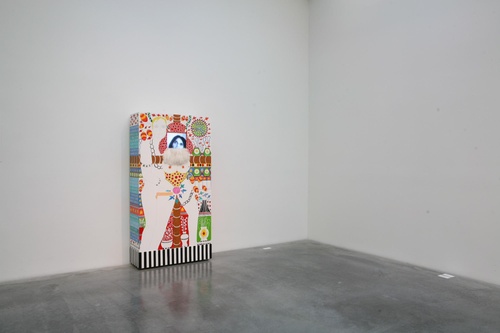 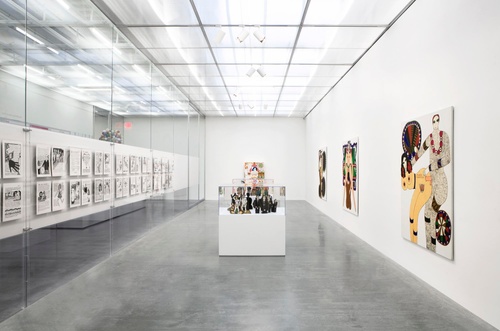 Exhibitions
Dorothy Iannone: Lioness
American-born, Berlin-based artist Dorothy Iannone, now, at the age of seventy-five, will have her first solo show in a US institution at the New Museum this summer. This long-overdue exhibition will feature Iannone’s signature early work, made between 1965 and 1978, including sculptures, paintings, drawings, and a video box. Since the 1960s, Iannone has continued to portray the female sexual experience as one of transcendence, union, and spirituality. Iannone works from the first-person perspective, charting her life and lovemaking onto wood, canvas, paper, and cloth, and through video and sound. Iannone’s stylized, intricate, and colorful depictions of herself and her longtime lover Dieter Roth synthesize elements of Egyptian frescoes, Byzantine mosaics, and ancient fertility statues. Inverting the gender paradigm of artistic inspiration, Iannone often painted Roth, her self-declared muse, depicting both him and herself as active lovers, comfortable with their desires and pleasure. By removing self-consciousness from her work, she dispels the taboo that so often surrounds sexuality, elevating it to an act of both bodily and spiritual union.

Since she started painting in 1959, Iannone has challenged contemporary culture through her singular artistic voice as well as her radical sensibility. In 1961, Iannone attempted to bring Henry Miller’s sexually explicit book Tropic of Cancer to the United States. After it was confiscated at the airport, she filed suit against the government, which concluded with the US raising their ban on Miller’s books. In another incident, Iannone was to be featured in a group exhibition at Kunsthalle Bern in 1969. Before it opened, the director demanded that the genitals in Iannone’s paintings be covered; in protest, Dieter Roth removed his work from the show and curator Harald Szeemann resigned from his position. “Lioness,” the title of this exhibition, is taken from Roth’s pet name for Iannone.

This exhibition is curated by Jarrett Gregory, Curatorial Assistant. 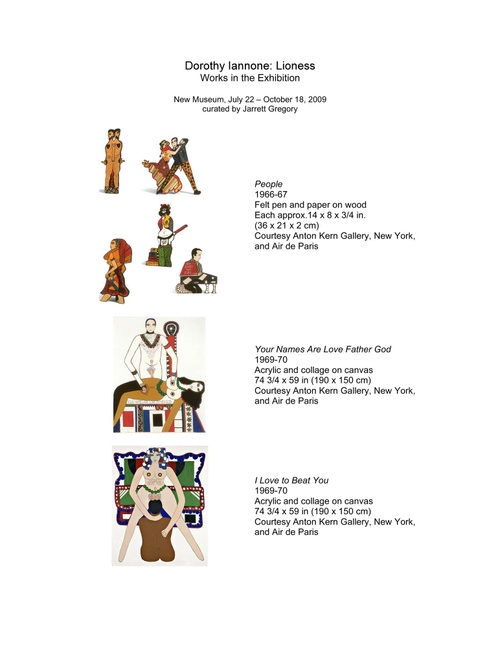 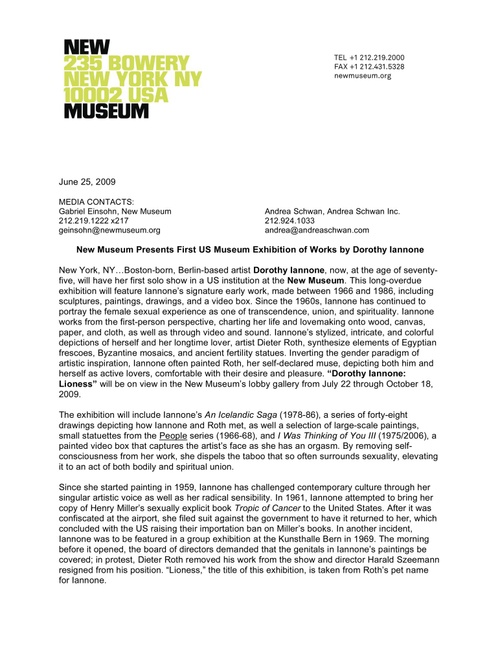 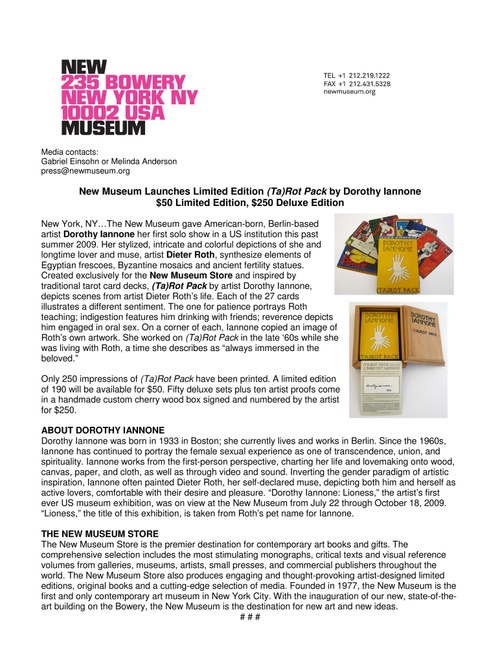