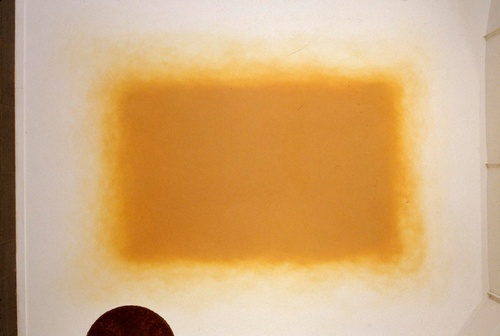 Byron Kim received a B.A. in English at Yale in 1983 and attended the Skowhegan School of Painting and Sculpture in 1986. Kim’s large painting installation called “Synecdoche,” which depicts human skin color was included in the 1993 Whitney Biennial. His solo museum exhibitions include “Matrix 125" at the Wadsworth Athenaeum in Hartford (1994), “Grey-Green” at the Hirshhorn Museum in Washington, D.C. (1996) as well as “Threshold” a survey of Kim’s work which was curated by Eugenie Tsai and originated at the Berkeley Art Museum in 2004 and has traveled to the Samsung Museum of Modern Art in Seoul, Korea, the Museum of Contemporary Art San Diego, the Weatherspoon Art Museum at the University of North Carolina in Greensboro, the Henry Art Gallery at the University of Washington in Seattle, and the Scottsdale Museum of Contemporary Art. Among the awards Kim has received are The Louise Nevelson Award in Art from the American Academy of Arts and Letters (1993), the Louis Comfort Tiffany Foundation Award (1994), the New York Foundation for the Arts Grant (1994), the National Endowment for the Arts Award (1995), the Joan Mitchell Foundation Grant (1997), and the Alpert Award in the Arts (2008). His work is included in the collections of Art Institute of Chicago, the Berkeley Art Museum, the Hirshhorn Museum, the Museum of Contemporary Art San Diego, the National Gallery of Art, the Wadsworth Athenaeum, the Whitney Museum of American Art and others.

A Proposition by Byron Kim: A Cosmology of Doubt 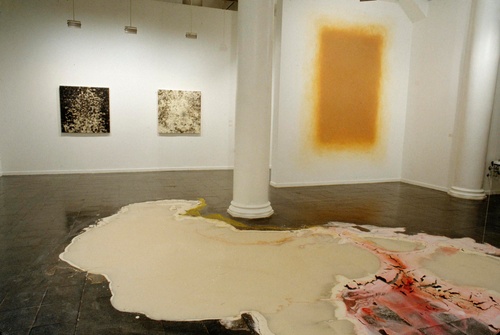