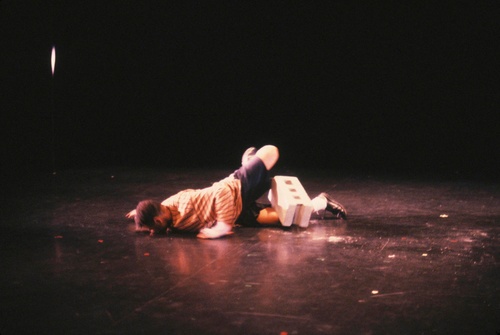 shmael Houston-Jones is a choreographer, author, performer, teacher, and arts activist. His improvised dance and text work has been performed in New York City, across the United States, in Europe, Canada, Australia, and Latin America. Houston-Jones’s Nowhere, Now Here was commissioned for Mordine and Company in Chicago in spring 2001 and Specimens was commissioned for Headlong Dance Theater in Philadelphia in 1998. In 1997 he was the choreographer for Nayland Blake’s Hare Follies at the Brooklyn Academy of Music. From 1995–2000 he was part of the improvised trio Unsafe/Unsuited with Keith Hennessy and Patrick Scully. In 1990 he and writer Dennis Cooper presented The Undead at the Los Angeles Festival of the Arts. In 1989 he collaborated with filmmaker Julie Dash on the video Relatives, which was aired nationally on the PBS series “Alive From Off-Center (Alive TV).” In 1984 Houston-Jones and Fred Holland shared a New York Dance and Performance Bessie Award for their Cowboys, Dreams and Ladders.

US V THEM: A Showcase of Young Improvisers

“WINGING IT” IN HIGH HEELS AND A BLINDFOLD: A Discussion with Ishmael Houston-Jones, Mark Russell, Terry Fox, and Lucy Sexton

THEM AND NOW: Ishmael Houston-Jones with Chris Cochrane and Dennis Cooper 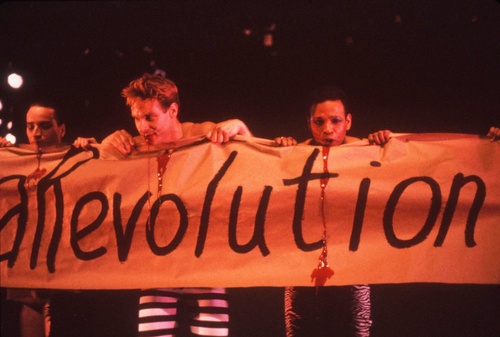