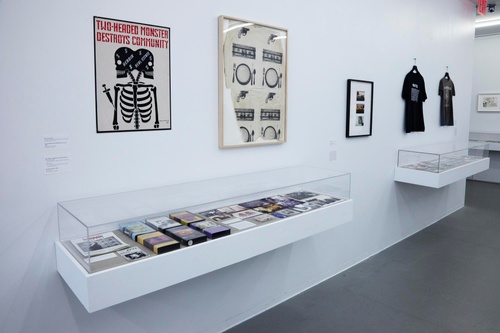 Alan W. Moore is an art historian and activist whose work addresses cultural economies and groups, and the politics of collectivity. Moore helped to found ABC No Rio after participating in Colab’s Real Estate Show (1979). He is the author of Art Gangs: Protest & Counterculture in New York City (2011), which explores the work of artist groups formed after 1968, such as the Art Workers Coalition and Group Material, collectives that greatly informed today’s international art world. He is also the coeditor of the book ABC No Rio Dinero: The Story of a Lower East Side Art Gallery (1985).