Cao Fei’s practice spans numerous mediums including photography, video, performance, installation, and Internet art, often utilizing a combination of elaborate staging, costumes, and digital compositional techniques to create works that investigate the nature of contemporary Chinese identity. Her series COSPLAYERS (2004) consists of photographic images that engage with China’s cosplay (or “costume play”) subculture. Cosplayers dress up as characters sourced from a wide variety of East Asian and Japanese media, including video games, manga, and anime, with the goal of inhabiting their chosen character, and, at least temporarily, transforming their identity. In her works, Cao foregrounds the escapist aspects of contemporary youth culture and raises questions about the dangers of an active fantasy life that bleeds over into, and perhaps even subsumes, reality. This reality-denying tendency becomes even more apparent when looking at Cao’s images of the cosplayers at home with their parents: the gap between the generations appears so wide that it seems as if parents and children have come to inhabit separate universes. 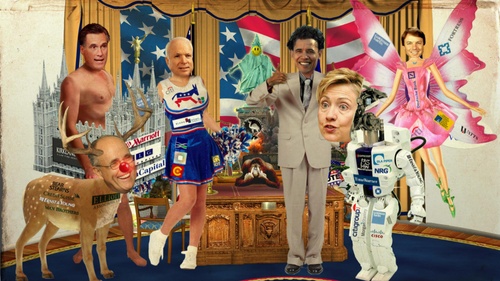