Jack Ferver’s work has been called by The New York Times, “…restless, visceral, and often painful… sympathetic as it is bitingly corrosive”. Ferver was the first choreographer to be presented at The New Museum with I Am Trying to Hear Myself in 2008. He recently remounted the work this summer at PS 122. This past year he also premiered his evening length dance/theatre work Death is Certain to sold out audiences at Danspace Project. Death is Certain was workshoped in January of 2009, through the Dance Theater Workshop space grant, Studio Series. Ferver was also an artist in residence from 2008-2009 at Chez Bushwick, inaugurating their new series CAKE! In 2008 Ferver premiered MEAT: A Diptych, his second Mondo Cané! commission from Dixon Place. Other performances shown at Dixon Place were Ferver’s first full length work When We Were Young And Filled With Fear (a Mondo Cané! commission) and Eshge Khoda va Sheitan or God and Satan Fucking (co-created with Matthew Rogers). Ferver’s solo performance works include Why Can’t Condi Sleep (BRIC and Makor), Cliterature and Camille vs. Karen (HERE, The Culture Project, BRIC, and The Oni Gallery), Bad Dating (The Oni Gallery), and The Ophelia Project (The Culture Project). As an actor, credits include Strangers With Candy (Comedy Central), Christopher Durang’s Betty’s Summer Vacation (Off-Broadway), and numerous other film and theatre projects. 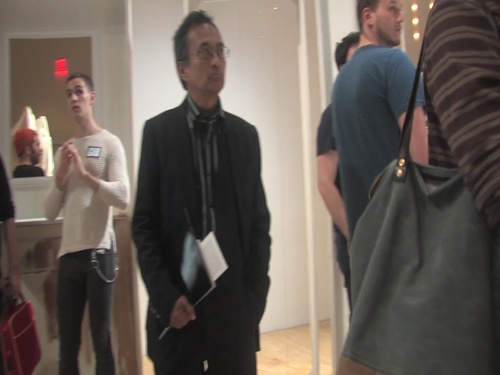