A philologist might speculate that this name means or signals the rebirth of non-believing. A historian would look to Tehran, where this name was assembled, attempting to find out how a French name René could attach itself to the name of a Zoroastrian tribe. An anthropologist would object to the very designation of Gabri as non-believer, arguing that not believing in Allah or God does not necessarily mean not believing in anything. An ethnographer would patch together a chronicle of the unforeseeable rituals, events, and passions which would assign this Parska-hay child, this name. A schizoanalyst would reject all of these attempts to delimit this life under the circumscription and signification of this name. Instead, she would emphasize the collective which took up this name: a multiplicity of lines. First she would identify the abstract and segmentarized lines which proceeded at various points to cross over the body assigned this name. The earthquakes, revolutions, genocides, wars, emigrations, racisms, explosions, implosions, collisions, events, which, from time to time, shifted the named’s center of gravity and presented a matrix of forces. At the same instant, she would trace all the flight paths, the becomings, the attempts to collectively assemble a plane of consistency, to confound and deterritorialize perceived limits, including those of any biography. An artist would attempt to find a precise gesture or act befitting each specific time and place this name would be called.

Museum As Hub: After all these introductions I wish to say something

Museum as Hub: Potentials for Collective Research and Action: Activism, Analysis, and Aesthetics at a Crossroads

Museum as Hub: Potentials for Collective Research and Action - Activism, Analysis, and Aesthetics at a Crossroads 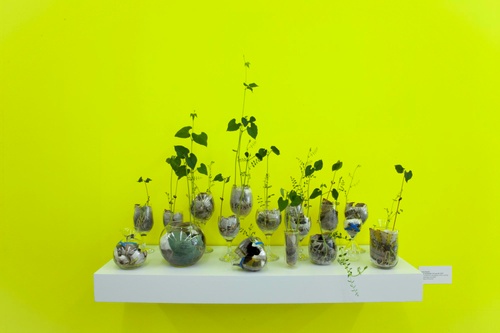