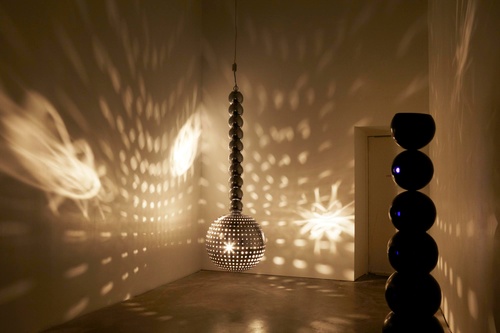 Otto Piene was born in Laasphe, Westphalia (Germany) in 1928, and lives and works in Düsseldorf, Boston, and Groton, Massachusetts. Between 1949 and 1953 he studied painting and art education at the Academy of Art in Munich and the Kunstakademie Düsseldorf. He also earned a four-year degree in philosophy from the University of Cologne. To make a living Piene became a lecturer at the Fashion Institute in Düsseldorf. He had his first one-man exhibition at the Galerie Schmela in Düsseldorf in 1959 and his work has been shown internationally since then. Together with Heinz Mack, Piene founded the group ‘ZERO’ in 1957 with Günther Uecker joining the group some time later. The three artists published the art journal ‘ZERO’ and organized numerous ZERO-exhibitions between 1961 and 1966 including ‘ZERO Lichtraum’, a joint work of the three artists, at documenta III in 1964, the same year he became a Visiting Professor at the University of Pennsylvania. From 1968 to 1971, he was the first Fellow of the MIT Center for Advanced Visual Studies (CAVS), founded by Hungarian artist Gyorgy Kepes. In 1972, Piene became a Professor of Environmental Art at MIT, and in 1974 he succeeded Kepes as director of the CAVS, in which position he served until 1994.

The Museum am Ostwall in Dortmund arranged the artist’s first retrospective exhibition in 1967 and he was invited to present his work once again at the documenta in Kassel. In addition Piene arranged the German pavilion for the 1967 and 1971 Venice Biennales and for the closing of the 1972 Summer Olympics in Munich, Piene created the sky work “Olympic Rainbow.” In 1968, along with Aldo Tambellini, he produced “Black Gate Cologne”, which is cited as one of the first broadcasted television programs produced by experimental visual artists. 1985 he exhibited at the São Paulo Biennial and he is invited to show his work all over the globe until today. 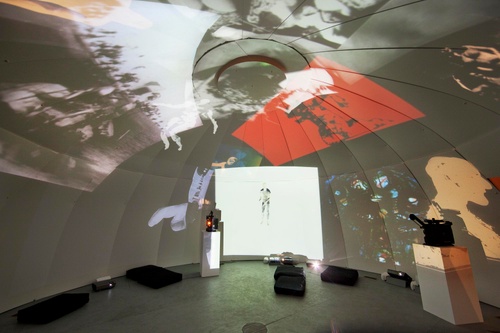 A Proposition by Ute Meta Bauer: Light Years and Multiverses