Born and raised in Berkeley, California, Lil B is a twenty-two-year-old rapper/rap deconstructionist who has recorded more than 3,000 songs over the past five years, most of which are released for free via YouTube, MySpace, and Twitter. Reporting for NPR, journalist Andrew Noz described this oeuvre as resembling “less…a musical catalog than a broad conceptual cross-media art project, or perhaps a relentless soundtrack to one young man’s compulsive disorder.” This intersection between intensely confessional public declaration and a meticulous, aestheticized practice has been Lil B’s home territory for more than five years, representing a new phase for both rap music and celebrity.

Lil B is a published author and the architect of the “Based” lifestyle—a philosophy that encourages young people to strive for success and happiness through the pursuit of positive thinking and creative expression. 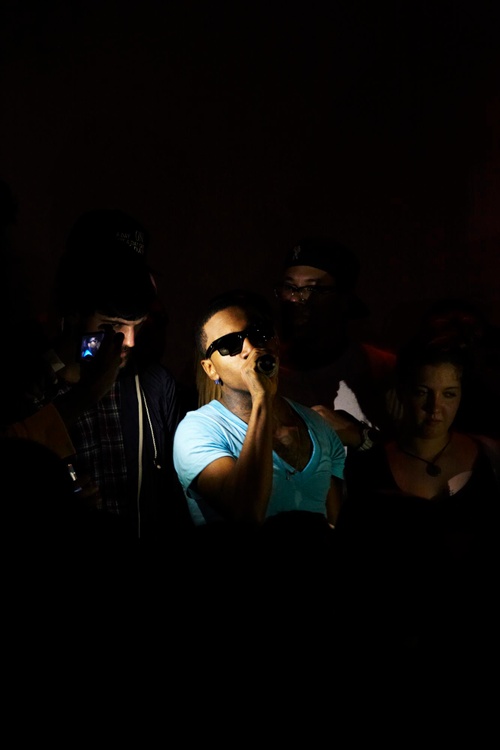 Get Weird: Lil B