Graham Lambkin (b. 1973) first entered the public consciousness in 1993 when he formed his band The Shadow Ring, in Folkestone, England. The band was memorable and built a rabidly passionate fan base because of its sui generis approach, blending elements of folk, noise, cracked electronics, and surrealist poetry, while radically changing the overall formula with each release. A decade of increasingly skewed and inspired work culminated in I’m Some Songs (2003), constructed long distance as Lambkin had relocated to the US in 1998. Over the last few years, Lambkin has primarily worked under his own name, releasing four solo LPs: Poem (For Voice & Tape) (2001), Salmon Run (2007), Softly Softly Copy Copy (2009), Amateur Doubles (2011), as well as two collaborative discs with experimental tape musician Jason Lescalleet: The Breadwinner (2008) and Air Supply (2010). In 2001, Lambkin founded the Kye label, releasing his own work as well as the work of other artists including Moniek Darge, Henning Christiansen, Vanessa Rossetto, and Call Back The Giants.

“Composer Walter Marchetti once made a statement to the effect that he was seeking to reach the ‘bottom’ of music. Some more diligent attention to this task might lead him to the music of Graham Lambkin. Already marking out a glorious bottom with his former band, The Shadow Ring, Lambkin has pursued a music so removed from prescribed aesthetics that one is flooded by the beauty it seems to ruthlessly avoid. He puts the mundane to tape and carves out its horror, its sweetness, and its unsettling ambivalence. Shrouded in a disarming naiveté, the music leaves the listener ill-prepared for its very adult take on being-in-the-world. We are fortunate that humor can be so black, that we may surrender happily and willingly to an experience not many artists are willing or capable of delivering.” —Bhob Rainey 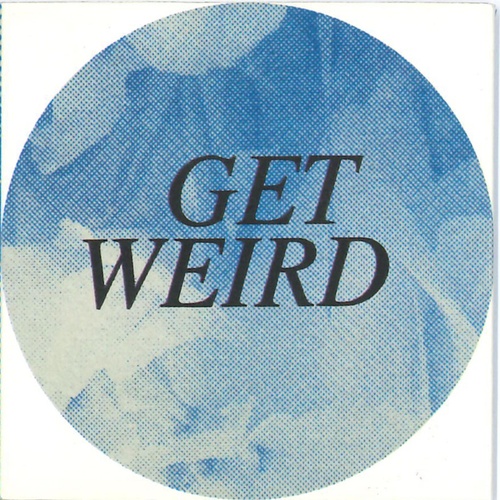