Michelle Tea cofounded Sister Spit in 1994 as a weekly all-girl literary open mic. Almost twenty years later, Sister Spit brings its signature mix of performance and literature influenced by queer, feminist, and working-class perspectives. Tea is the author of four memoirs, including the award-winning Valencia, currently being turned into a feature-length film shot by twenty-one different filmmakers. She is the author of the poetry collection The Beautiful, the novel Rose of No Man’s Land, and the Young Adult fantasy tale A Mermaid in Chelsea Creek (just out on McSweeney’s). She has edited books on fashion, queer female and first-person narratives, and class. She is the founder and executive director of RADAR Productions, which organizes a monthly reading series, an annual writers retreat, and the international Sister Spit tours. 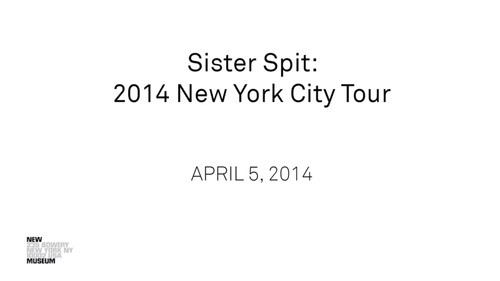