Jacek Taszakowski, born in 1967, is a filmmaker, producer, and cinematographer. Taszakowski has made numerous music videos and programs for Polish TV. He was the cinematographer and coproducer of Portaitist—an award-winning documentary about Wilhelm Brasse, a prisoner and photographer from Auschwitz. Since Documenta X (Astronaut 2), Taszakowski has cooperated with Paweł Althamer, and as a cameraman and editor, he took part in most of Althamer’s video works (Dancers, Kunsthalle Basel; Film, Pittsburg, Warsaw; Bródno 2000, Warsaw; “So-Called Waves,” Warsaw; Common Task, Brussels; Altar, Ghent). In 2010, he directed and produced the stop-motion animation Mezalia. 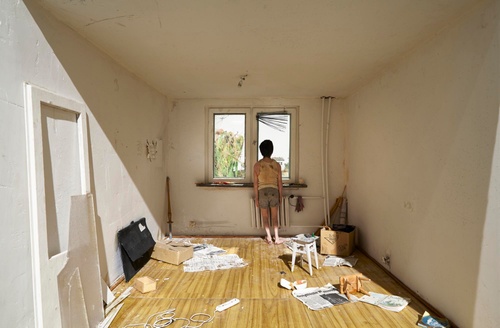