Paul Chan: Tin Drum Trilogy followed by a Q&A with the artist 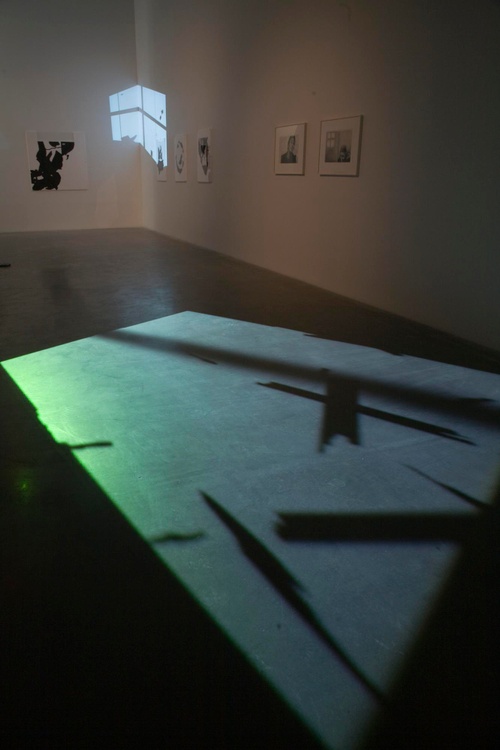 Paul Chan: Tin Drum Trilogy followed by a Q&A with the artist

The New Museum presents the New York premiere of Paul Chan’s Tin Drum Trilogy: RE:THEOPERATION, 2002, BAGHDAD IN NO PARTICULAR ORDER, 2003, and NOW PROMISE NOW THREAT, 2005, followed by a Q&A with the artist. A departure from Chan’s exhibition, “The 7 Lights” on the third floor of the New Museum, these video works delve into the real or projected perspectives of Chan’s would-be enemies. According to the artist:
“I realized after finishing the last single-channel video (NOW PROMISE NOW THREAT) that what I’ve done isn’t another piece but the third installment of a three-part series. Each video in the series was made utilizing different experimental traditions, but with one consistent theme: that to love your enemy is to know your enemy. I essentially sleep with the enemy and the time spent creating these sleep-works becomes the space to both escape from and engage with what it means to live through an infinite war. The Bush administration (in RE:THEOPERATION
), Iraqis (in BAGHDAD…), and the religious right living in red-state America (in NOW PROMISE NOW THREAT) are all perceived, rightly or wrongly, as enemies. The task of all three videos have been to make the friend/enemy distinction more difficult while at the same time giving a time-based critique of the political tragedy/farce that is our first five years of the twenty-first century.”
RE:THEOPERATION, 2002, 26 min.
“Ideas were pressing against one another like rams. Hate had a sanitary pace. Old age drew laughter and the child was encouraged to bite. The world was all flags.” —Henri Michaux
Based on a set of drawings that depict members of the George W. Bush administration as wounded soldiers in the war against terrorism, RE:THEOPERATION

explores the sexual and philosophical dynamics of war through the lives of the members as they physically engage each other and the “enemy.” Letters, notes, and other textual ephemera written by “Bush” and others are narrated and accompanied by digital snapshots from around the world as they articulate the neuroses and obsessions that drive them toward infinite war.
BAGHDAD IN NO PARTICULAR ORDER, 2003, 51 min.
“It is very nearly the end. It is very nearly life.” —Hélène Cixous
BAGHDAD IN NO PARTICULAR ORDER is an ambient video essay of life in Baghdad before the American invasion and occupation. Video by Chan and a host of Iraqis working with Voices in the Wilderness, a Nobel peace prize-nominated activist group working in Iraq to stop the drive for war, BAGHDAD IN NO PARTICULAR ORDER intimately portrays Iraqis singing, dancing, and struggling as they await the coming of another war. Subtitled in seven languages (Arabic, Chinese, English, French, German, Italian, and Spanish).
NOW PROMISE NOW THREAT, 2005, 33 min.
“Now too late, he understood her. The heart that pumped out love, the mouth that spoke the Word, didn’t count.” —Toni Morrison, Beloved
Part documentary, part visual hallucination, NOW PROMISE NOW THREAT uses Omaha, Nebraska (population 390,000, literally located in the middle of the U.S.) as a site and subject to follow the often unexpected lines connecting people, religion and politics in “red-state” America. An evangelical pastor opposes the mixing of church and state on religious grounds. An anti-abortion mother deplores the hypocrisy of the pro-life movement for being pro-war. A young man wants to die for his country so he can at last have a life worthy of living. NOW PROMISE NOW THREAT mixes interviews with locally produced footage and kidnapping videos from Iraq transformed into fields of undulating color to create a moving apologia for the United Red States of America. 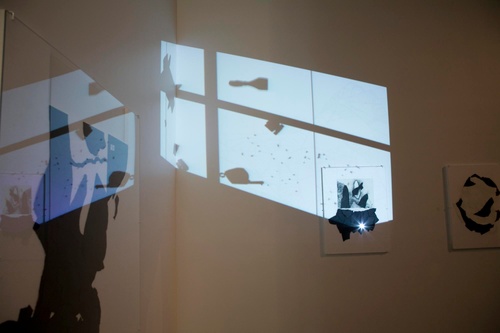