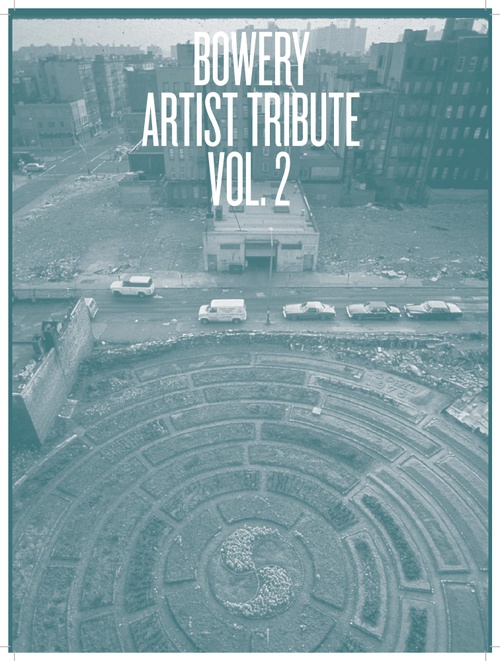 This premiere screening of The Tao of 9 Second Ave by Michael I Schiller is accompanied by special live performances by Steve Ben Israel and Akim Funk Buddha, who also appear in the documentary.

The Tao of 9 Second Ave is a film that documents the life of an extraordinary building on the Lower East Side of New York City. It was known to some as the Church of All Nations, to others as CUANDO, to still others as the Taoist Temple of the Ancestral Mother. The main character is the building’s last resident, a squatter and Taoist priest who is trying to cope with modern life in his rapidly changing neighborhood. The story begins when Sifu Jai receives word that the old Church of All Nations building is going to be demolished to make way for high-rise condos. Sifu Jai’s temple and home of fifteen years is a historic building that has fallen in to a state of beautiful abandonment and decay. Though its official address is 9 2nd Avenue, the hulking brick edifice with the distinctive caged roof is a creature of the Bowery, and its story is the story of that street, all turbulence and iconoclasm, in abbreviated form.

Michael I Schiller is a New York-based journalist and filmmaker. His work has been screened theatrically and broadcast on HBO, PBS, MTV, MTV2, VH1, BET, BBC, Court TV, and Much Music. Michael has worked with the Sony, BMG, Blue Note, and RCA record labels (among many others) to create music videos and document performances by their artists. He has filmed a multitude of recording artists, from jazz legends Branford Marsalis, Eddie Palmieri, and Harry Connick, Jr. to hip hop artists 50 Cent, Wyclef Jean, Ludacris, Mos Def, De La Soul, and KRS One.

Akim Funk Buddha is known for his holistic approach to hip-hop, drawing from a full spectrum of cultural traditions that includes rhyming, beatboxing, mouth and body percussion, storytelling, breakdancing, Mongolian throat-singing, Indonesian monkey chants, body-balancing, martial arts, tap, and circus arts. Raised in Zimbabwe, Funk Buddha and his brother Dumi came to the U.S. in early the 1990s as Zimbabwe Legit, the first African hip-hop group to release an EP in the U.S. In 1998, he formed a world music and dance performance troupe DHA FUZION, and has since toured with the group internationally.

Steve Ben Israel started working as a comedian almost fifty years ago, then joined The Living Theatre, and for many years toured the U.S., Europe, North Africa, and Brazil with them. He has performed extensively on the downtown scene at such venues as The Kitchen, The Performing Garage, and The Nuyorican Poets Café, and has appeared in movies by Bertolucci, been featured on recordings by Frederic Rzewski and Anthony Braxton, and has been a guest commentator on NPR’s All Things Considered. Israel is a 2007 Obie Award winner and recently performed Frederick Rzewski’s Attica at Carnegie Hall.