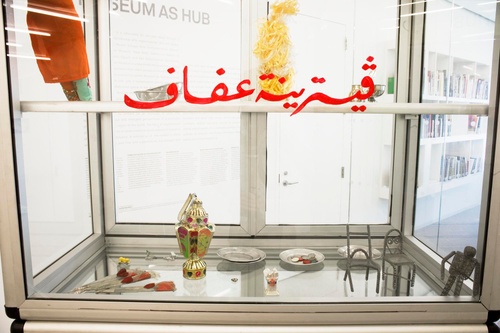 The concept of neighborhood in Cairo stretches far beyond a simple geographical designation on the city map. Cairo’s neighborhoods are urban structures that have incorporated the specific characteristics of their inhabitants in their identities. Downtown Cairo amalgamates architectural patterns of various eras, modifying and sometimes obscuring their original characteristics. Despite the urban disorder, this incongruity of styles and histories pave the way for an unusual and intriguing mixture of identity. In their works, artists Susan Hefuna, Ayman Ramadan, Jan Rothuizen, and Tarek Zaki capture this fusion of different historical eras, architectures, and inhabitants by using physical objects and the actual surroundings of the neighborhood.

The artists look at the neighborhood as a symbol, a microcosm of Egyptian society with its inherent contradictions. During the exhibition opening, visitors are invited to participate in artist Ayman Ramadan’s Koshary min Zamman, an installation based on koshary shops that features stacks of disposable bowls emblazoned with a fictitious restaurant logo and photographs capturing international political figures eating koshary—a staple carbohydrate meal of the working class in Egypt. The photographs evoke a criticism on the short-lived peace negotiations that, like koshary, satiate the appetite very quickly and give a temporary feeling of self-satisfaction and contentment. Visitors will have the opportunity to taste koshary and socialize in this simulated shop in the New Museum theater. 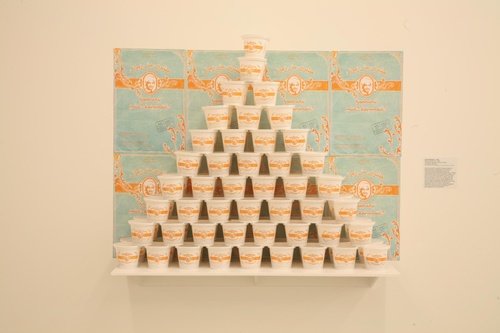 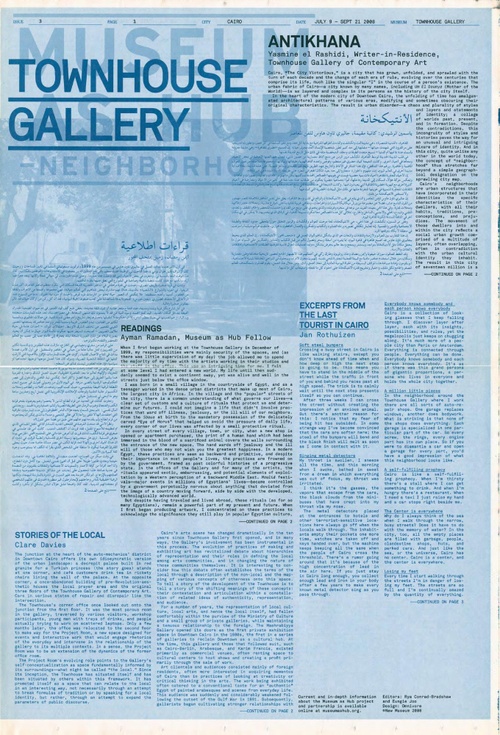