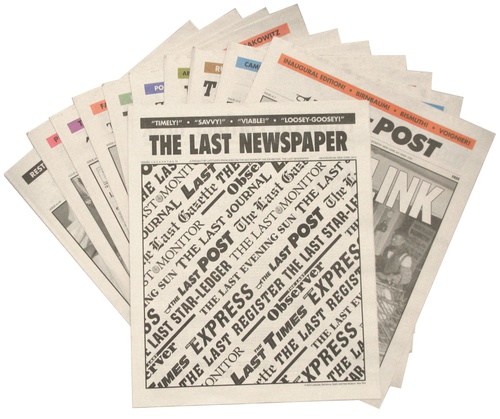 This panel discussion, moderated by New Museum Director of Special Projects and Curator at Large Richard Flood, is on the production of two weekly newspapers at the New Museum for the duration of the exhibition “The Last Newspaper.” It includes Max Andrews, Mariana Canepa Luna, Alan Rapp, and Kazys Varnelis, who consider the periodicals in terms of content, process, design, and mission.

Max Andrews and Mariana Canepa Luna co-direct Latitudes, an independent curatorial office based in Barcelona, Spain. Since 2005, Latitudes has collaborated with artists and institutions in the conception, organization, and production of exhibitions, public commissions, conferences, and editorial and research initiatives. Recent projects include “Portscapes,” a series of ten commissions in the Port of Rotterdam, in the Netherlands. They are the co-editors of the weekly journal that will, upon compilation, serve as the catalogue for “The Last Newspaper.”

Alan Rapp is a recent graduate of the School of Visual Arts MFA program in Design Criticism. He contributes articles and reviews to such publications as Print, Design, Observer, and Dwell. He is also a book editor and packager specializing in photography and design, and operates the consultancy ARstudio. Rapp is the Managing Editor of the New City Reader, which will be published for the duration of “The Last Newspaper.”

Kazys Varnelis is the Director of the Network Architecture Lab at the Columbia University Graduate School of Architecture, Planning, and Preservation. In addition to directing the Netlab, he is on the architecture faculty and teaches studios and seminars in history, theory, and research. Varnelis is a co-founder of the conceptual architecture/media group AUDC, which published “Blue Monday: Absurd Realities and Natural Histories.” He is the editor of “Infrastructural City. Networked Ecologies in Los Angeles” and “Networked Publics.” Varnelis is Co-Editor (with Joseph Grima) of the New City Reader. 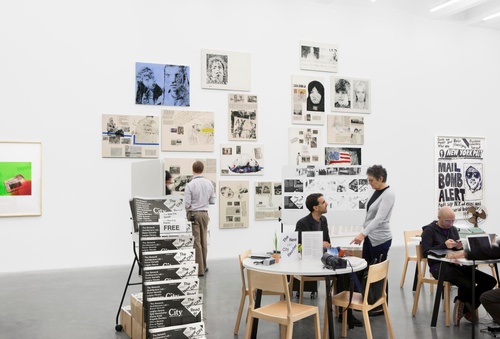