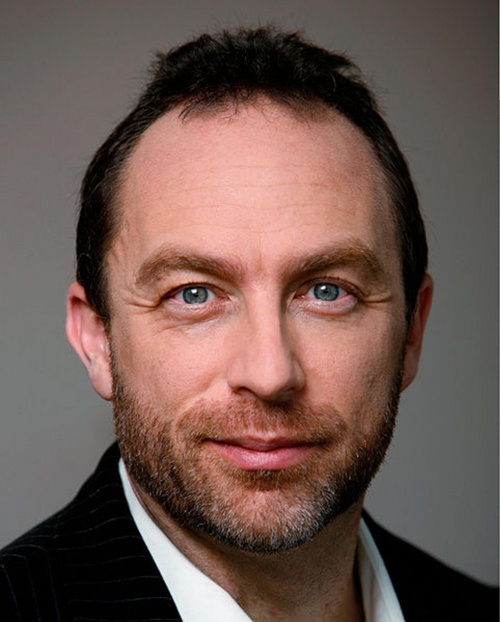 The New Museum is pleased to announce that Jimmy Wales, founder of Wikipedia.org, which is part of Wales’s nonprofit Wikimedia Foundation, will give the Stuart Regen Visionaries Series lecture on the evening of April 8, 2010 at 7 PM.

Founded in 2001, Wikipedia.org is among the top-five most-visited sites online. As part of his talk, Wales will discuss the history of Wikipedia, his understanding of its impact, and the ideas that he envisions for the future of technology and culture.
Wikipedia has challenged the idea of the encyclopedia, which, through the freedom of the Internet, is no longer a hierarchical tool for knowledge. The Web site broadcasts communally built knowledge, and by allowing the community to govern itself—to add information without an excess of rules or guidelines, to create relevant entries, and share information on what the community values—Wales and his colleagues have built an active, thriving model for the type of inspired activity upon which innovations in culture depend.

In 2003, Wales set up the nonprofit Wikimedia Foundation to support Wikipedia.org. The Foundation focuses on fundraising, technology, and programming related to the expansion of Wikipedia. In 2004, Wales co-founded Wikia.com, a separate company that enables groups of people to share information and opinions that fall outside the scope of an encyclopedia. Wales was recognized as one of the world’s most influential people in the “Scientists & Thinkers” category of “Time 100 Award” in 2006.

The Visionaries Series at the New Museum honors special individuals who have made major contributions to art and culture, and are actively imagining a better future. The series is made possible by the Stuart Regen Visionaries Fund, established by a gift from Barbara Gladstone in honor of her late son. Additional support for the Visionaries Series is provided by the Charlotte and Bill Ford Artist Talks Fund. In spring 2009, legendary choreographer Bill T. Jones inaugurated this signature program, and Wales is the second speaker in the annual series. 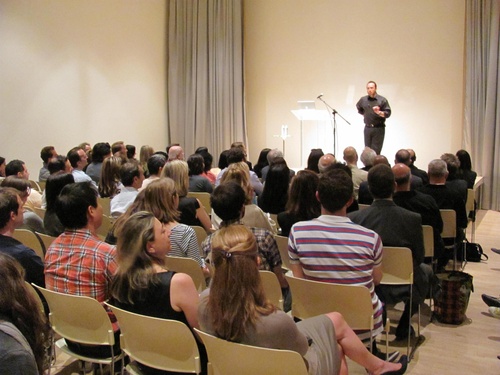 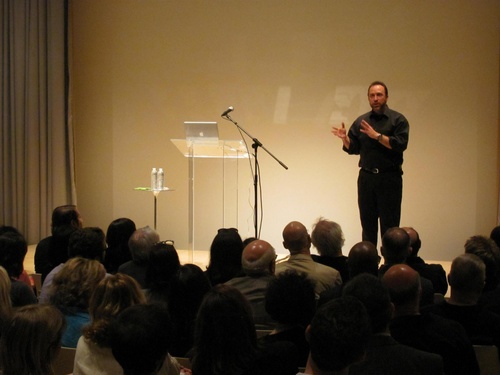 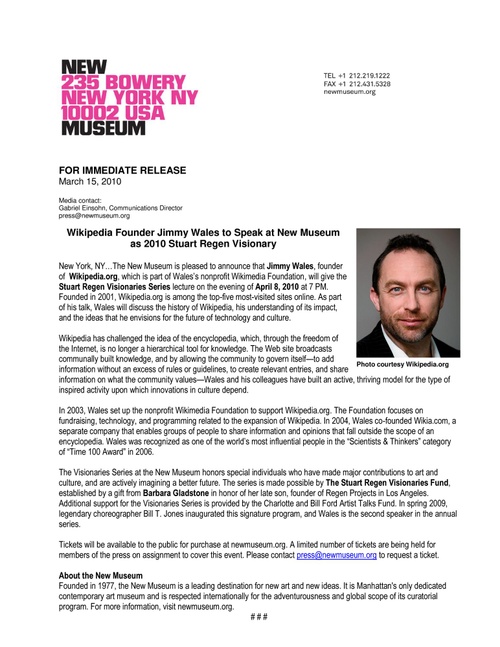