Alpha’s Bet Is Not Over Yet: An Evening with Transition

Alpha’s Bet Is Not Over Yet: An Evening with Transition

Born in Africa and bred in the Diaspora, Transition is a unique forum for the freshest, most compelling, most curious ideas about race. Since its founding in Kampala in 1961, the magazine has remained at the shifting crossroads of countless independence movements: from colonial rule, to foreign funding and creative conservatism. Its editors have faced imprisonment, exile, and misunderstanding; however, by taking these risks the magazine has been able to do what its founder Rajat Neogy demanded: “forecast what new turn its culture and the society it represents is about to take.”

But what is this culture? What is this society? On the occasion of its fiftieth anniversary, Transition celebrates its place among radical, independent, black periodicals in Steffani Jemison and Jamal Cyrus’s New Museum exhibition, reading room, and discussion space, “Alpha’s Bet Is Not Over Yet.” On December 8 at 7:00 p.m., several generations of Transition’s illustrious contributors and editors will join the current editorial team to map out the magazine’s diasporic vision in conversation and through a series of readings from the archive that travel the winding road to freedom. 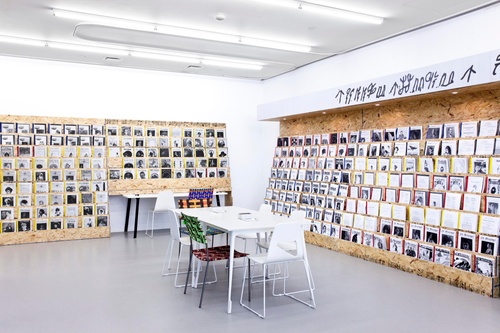 Museum as Hub: Steffani Jemison and Jamal Cyrus: Alpha’s Bet Is Not Over Yet!