Horror is Universal (The End), a video and music performance by Raed Yassin

Horror is Universal (The End), a video and music performance by Raed Yassin

For the last eight years, Raed Yassin has been undergoing a lifelong project of deconstructing Arab popular culture by sampling audio and visual material from TV, radio, pop songs, and feature films. “Horror is Universal” (The End) is considered a milestone in his evolving oeuvre: a multimedia saga performed live by the artist, it involves mixing and rearranging video extracts from dozens of ’80s Egyptian B-movies on screen, while spinning vintage LPs of popular Arabic music and incorporating electronic instrumentation and singing, to create a unique yet disturbing soundtrack progressing towards a chilling finale. It is, in essence, an attempt at fabricating a non-existent genre in twentieth-century Egyptian cinema—horror—by splicing together the viewers’ collective memory of those all too familiar ‘scary moments’ reenacted by the cheap cinematic production of yesteryear.

Born in Beirut, 1979, artist and musician Raed Yassin graduated from the Lebanese University’s theater department in Beirut. He works with image, music, and text with themes relating to the media, the city, Arabic cinema, pop culture, contemporary art, and archives. He is one of the organizers of Irtijal festival in Beirut and the founder of Annihaya music label. His work has been shown in numerous venues across Europe, the Middle East, the United States, and Japan. He currently lives and works in Beirut. 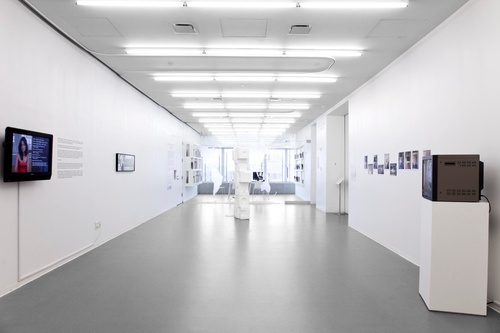 Museum as Hub: Beirut Art Center: Due to unforeseen events...