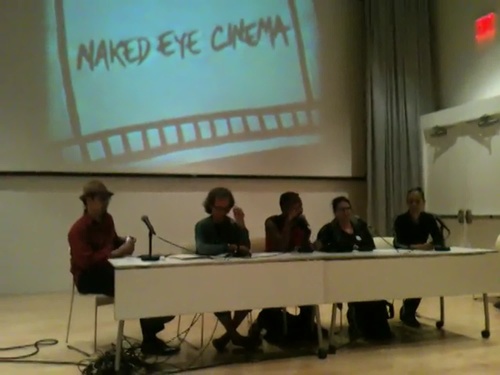 Peter Cramer and Jack Waters are former codirectors of ABC No Rio, cofounders of Le Petit Versailles garden, cofounders of the performance collective POOL, and cofounders of Allied Productions, Inc. Bradley Eros works in film, video, collage, photography, performance, sound, text, cinema, and installation. A longtime associate of the New York Filmmakers’ Cooperative and Anthology Film Archives, he cofounded and codirected the Roberta Beck Memorial Cinema. Leslie Lowe is a visual artist who has had exhibitions of her work at ABC No Rio and in the Louis Armstrong Festival, and is a cofounder of Naked Eye Cinema. Adrian Saich is a featured performer in works from the Naked Eye Cinema. She was a frequent collaborator with POOL.