Curating the Region: Reflections from Here and Elsewhere 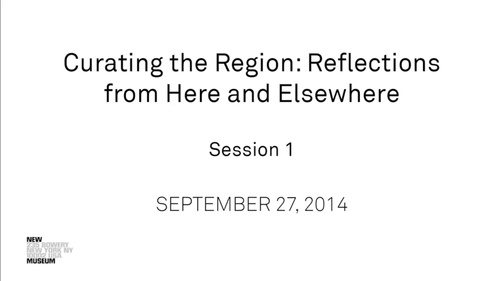 Curating the Region: Reflections from Here and Elsewhere

Contemporary and modern art from the Arab world has increasingly engaged new audiences worldwide—through major museum exhibitions, through an expanding global art market, as well as through the efforts of local art spaces with international reach. In light of critical discussions that have sought to shift emphasis away from geographic or cultural categories of contemporary art, and on the occasion of the exhibition “Here and Elsewhere,” the New Museum and ArteEast have partnered to organize a symposium that brings together curators, scholars, and art professionals whose practices influence how cultural production in the Arab world can be accessed, understood, and engaged.

Over the course of this day-long symposium, speakers will consider the divergent disciplines and methods through which contemporary art from the Arab world—and from the Middle East and North Africa more generally—has been historicized, presented, and discussed. Drawing from a range of contexts with different audiences, participants will examine the parameters of specificity within cultural or regional categories that are themselves immensely diverse. They will address the viability of demarcating geographic or cultural categories when engaging contemporary art, as well as how and why the perspectives of those working locally might differ, cohere, or productively cross with those working at a remove. Similarly, they will consider a variety of expectations, interests, and critical demands of audiences within these different contexts. Questions to be explored include: In what sense can we speak of a region or of regions? Have recent curatorial approaches tended decisively toward or away from specificity? How can specificity be beneficial? How and why can it be problematic? What are the effects of reconsidering the categorical lenses through which contemporary art of specific regions is engaged with?

Session 1: 1:10–2:25 PM
Welcoming Remarks: Alicia Ritson, New Museum
DEVELOPING THE CONCEPTUAL TERRAIN
A conversation between Shiva Balaghi, Visiting Professor at Brown University and Sarah Rogers, independent scholar
Moderated by Omar Berrada
Important contributions to the study of contemporary and modern art histories of the Arab world have been made over the last decade through research and translation by scholars as well as by artists with archival- or research-based practices. This conversation examines where this specialized field of art discourse stands today. What concerns are driving developments in the field? How have academic attitudes shifted in recent years? Might scholarship and research produced within particular geographic or cultural contexts offer different perspectives from that produced outside?
Break

Session 2: 2:35–3:55 PM
CASE STUDIES: Speakers whose projects focus on a specific country or region will offer curatorial or programmatic case studies to consider how they have individually approached the language around geographically or culturally specific categories as well as the enterprise of engaging such specificity.
Rijin Sahakian, Founding Director, Sada, Baghdad
Leeza Ahmady, Director, Asian Contemporary Art Week (ACAW) at Asia Society; and independent curator, educator, and scholar
Break 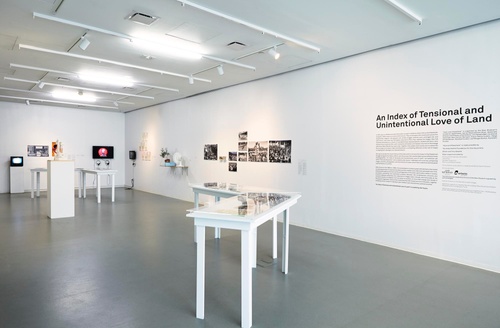 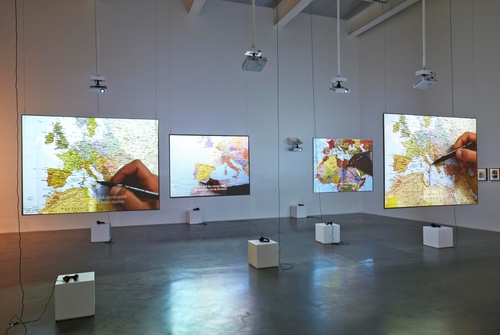