In the fall of 2013, the New Museum’s Department of Education and Public Engagement initiated R&D (Research and Development) Seasons as a means of connecting various projects in the Museum’s galleries, Theater, and Resource Center around a new organizing theme each fall and spring. Past Season thematics have included  ARCHIVES, VOICE, CHOREOGRAPHY, SPECULATION, PERSONA, and the 2016 Spring Season theme will be dedicated to LEGACY. The seasonal, research-based approach allows artists and audiences to engage across multiple initiatives and to experiment and test the limits of ideas, bringing together individual projects in active dialogues over the duration of several months. Anchoring the New Museum’s dedication to expanded forms of knowledge and cultural production, Seasonal themes are wide-ranging and limber, rather than illustrative, and the artists, scholars, and curators whose work is examined test the limits of the themes themselves.

This focus on sustained research and ideas in development stimulated the establishment of the Seminar series, in which small groups of multidisciplinary thinkers gather over a three-month period to consider the Education Department’s Seasonal thematic, with pressing conversations related to art and the expanded art context examined in relation to broader issues in society. Entitled New Museum Seminars: (Temporary) Collections of Ideas, the series directly references the Museum’s history of “collecting” ideas, rather than art objects. The goal of the Seminars is to provide a platform for discussing, debating, and enacting ideas as they emerge, in real time, and to develop scholarship or other forms of joint creative production relating to art’s place in culture. The Seminars utilize some recognizable graduate-level and reading-group pedagogical strategies, such as syllabi and weekly closed, peer-led reading sessions, but are distinguished by their context within the contemporary art museum. In addition to the weekly sessions, there is institutional support for some form of group production to grow out of the shared course of study (conferences, performance residencies, online publications, Resource Center exhibitions, etc.). A group of approximately fifteen participants from various backgrounds (including artists, dancers, curators, critics, educators, and scholars, but also those with specialties not directly art-related) constitute each Seminar group, along with R&D Season artists in residence and New Museum Education Department staff members who work on the topic. Unique among museums, the Seminar truly functions as a “think tank” within a programming and exhibitionary institution, fostering new ideas and work between outside and intra-institutional participants (in the past, New Museum curators, editors, researchers, and educators have also applied).

Seminar participants are selected through an application process that takes into account the strengths and interests of a diverse group of thinkers and practitioners. To accomplish this, an open call occurs around the topical theme; applicants respond with the areas of focus they would like to consider during the semester and a proposal for how they would lead one group session. (In past Seasons, participants led the group through texts, movement exercises, and direct action and military training, enacted scores, invited in outside speakers, and shared video and sound works, among other activities.) Selected participants prioritize the direction for the semester’s study by jointly crafting a syllabus and bibliography in consultation with participating New Museum staff and R&D Season artists in residence, who also lead one session each.

The Seminars launched in late February 2014 with a semester devoted to VOICE in all of its valences: from inquiries into the political agency inherent (or not) in speech, to embodied practice, to the possibility that meaning is located outside of language. Brought together by mutual, if not always compatible, interests in VOICE, the inaugural group of participants was made up of artists, scholars, curators, students, radio show hosts, advocates, activists, enthusiasts, and others. Participants met weekly to discuss the Seminar material, which included foundational poststructuralist, feminist, postcolonial, and queer theory texts alongside other fields of thought and practice, such as opera studies, communication theory, and critical animal studies, in order to pursue questions about the disembodied voice, acoustemologies, political speech, and radical forms of subjectivity.

The VOICE semester culminated with an evening of discussions, performances, and lectures. The group invited four artists and writers whose practices were fundamental to the concepts explored during the semester—Daphne A. Brooks, Christine Sun Kim, Chris Mann, and Robert Sember—to present new works or ideas in progress. The day following the public event, participants engaged the invited speakers in a private roundtable, responding to the presentations. The CHOREOGRAPHY semester, devoted mostly to inquiries into the current role of dance within the visual arts and attendant questions of labor, embodiment, economy, pleasure, affect, and modes of exchange, culminated in February with a multipart public program. This included a performance residency with choreographer and dancer Jmy James Kidd; a performance by Kidd; a series of public propositions by Shayna Keller, Cori Kresge, Thomas Lax, Heather Love, Eve Meltzer, and Mariana Valencia; and a series of position-taking texts on the thematic, published after the event in a series presented on the Museum’s online publication, Six Degrees.

The SPECULATION semester centered around speculation in its many meanings, including efforts of monetization and financialization in the art field; the emergence of “speculative realist” philosophies, understood as a diverse range of frameworks in which human thought and consciousness do not function as the primary arbiters of (or influences on) material realms; and ongoing conversations about how it might be possible to imagine—or speculate—oppositional movements or alternative futures for politics and social life. The semester ended in June 2015 with a public event featuring media theorist Orit Halpern, writer and designer Edward Keller, and the sci-fi collective Metropolarity. Not really a conclusion to the course of study as much as an extension of a train of thought outwards, this event enabled further exploration of science fiction, media theory, and social life, and opened up some of the research by the group to a broader public by putting them in conversation with writers, artists, and scholars who are addressing future-oriented speculative thought through fiction and design work.

A text written by one of the program’s co-organizers Taraneh Fazeli, published on the Museum’s online publication Six Degrees, provides more background on the development of the Seminars in relation to the forms of impassioned study and asynchronous temporalities developed within the R&D framework. 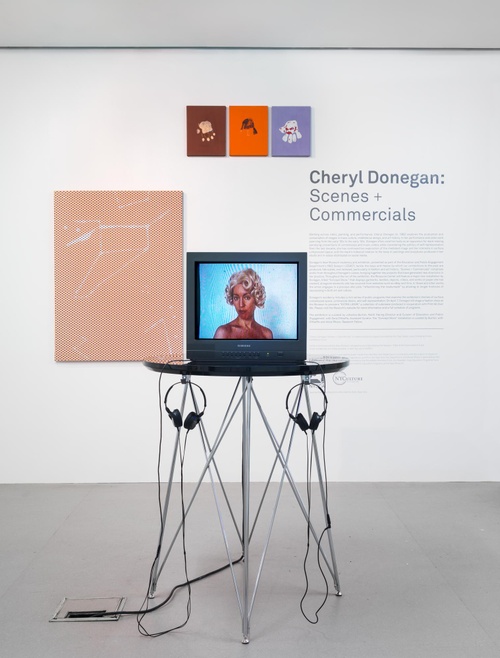