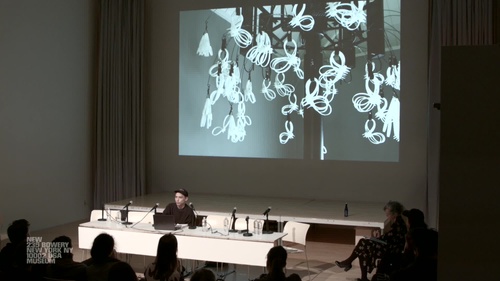 Exploring slippages between tactile and virtual worlds, “Fold, Screen, Skin: Contemporary Space in Contemporary Art” brought together a panel of artists and curators who examined the compression of three-dimensional space on two-dimensional surfaces, particularly the screen and the canvas. Positing the notion of “skin-deep space” as a particularly resonant metaphor for our compressed age, in which so many of our dialogues and transactions transpire on screens, this panel considered the pressures placed on subjects as they move between physical and virtual platforms, with an eye to the economies of attention embedded within these spaces. Panelists includec artists and curators Howie Chen, Matt Connors, Jess Fuller, Josh Kline, and Andrew Ross.

This event was organized on the occasion of “Cheryl Donegan: Scenes + Commercials,” an exhibition and a residency organized by the Department of Education and Public Engagement as part of its R&D Season: LEGACY, in which Donegan continued her exploration of the production and consumption of images in mass culture, middlebrow design, and art history. The exhibition presented works that spanned Donegan’s career, from the early ’90s to the present, tracing conceptual threads that run across her practice, including her interest in the mediated image, compressed space, and the mark’s indexical relation to the body. Throughout the run of the exhibition, the Resource Center featured a major new installation by Donegan, titled “Concept Store,” that displayed garments, drawings, prints, and textiles she has produced alongside items she had sourced from websites such as eBay. In this installation and the other works in “Scenes + Commercials,” the artist engaged in a process of “refashioning the readymade” by alluding to longer histories of repurposing in both art and culture. 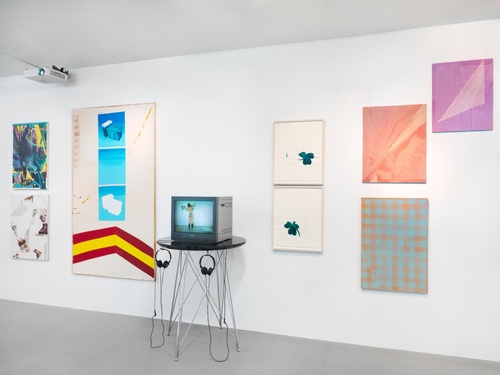 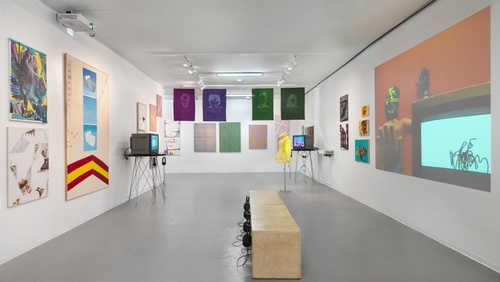