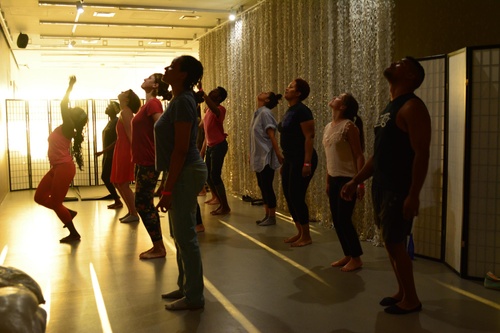 In this event, organized on the occasion of “Simone Leigh: The Waiting Room,” anthropologist Vanessa Agard-Jones shared research from her forthcoming book, Body Burdens: Toxic Endurance and Decolonial Desire in the French Atlantic, which considers pesticides, sexual politics, and postcoloniality in Martinique. “Body burden” is a term that has been used by toxicologists for the past half century to describe the accumulated amount of harmful substances present in the body of a human or an animal. While the original meaning of “body burden” draws from a scientific definition of contamination, such “burdens” are at once material and metaphorical. In particular, they account for the ways in which black bodies remain inextricably entangled with the forces of capital—and are disproportionately porous in the face of exposure to, and penetration by, both toxic materials and toxic discourses.

Agard-Jones has held the position of Assistant Professor of Women’s, Gender, and Sexuality Studies at Yale University and recently joined the faculty of Columbia University as Assistant Professor of Anthropology. She was formerly Managing Editor of Small Axe: A Caribbean Journal of Criticism and Souls: A Critical Journal of Black Politics, Culture and Society. She has also previously served as the coordinator of the Prison Activist Resource Center in Oakland, CA, and as the board chair of the Audre Lorde Project in New York.