Festival of Ideas for the New City Projects 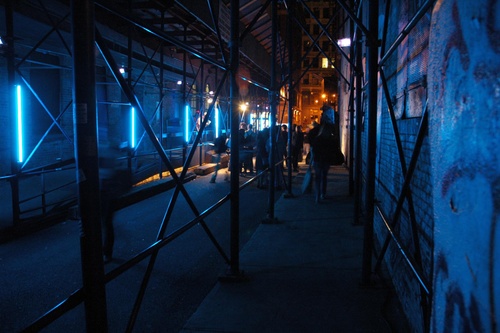 Festival of Ideas for the New City Projects

The Festival’s Projects took place throughout the entire weekend in 100 venues (galleries, arts organizations, community centers, social clubs, schools, and a basilica), and hosted 24,000 visitors while 500 artists exhibited, performed, and created installations. Each participant was asked to address one of the Festival’s four topics: The Heterogeneous City, The Networked City, The Reconfigured City, and The Sustainable City, and submit a written proposal keeping the Festival’s goals in sharp focus. “After Hours: Murals on the Bowery,” for example, was a project where international artists executed site-specific paintings on the roller shutters used to protect the area’s storefronts. Nuit Blanche New York produced “Flash:Light,” a program of commissioned videos by artists created for and projected on the six-tier façade of the New Museum. The Basilica of St. Patrick’s Old Cathedral also partnered with “Flash:Light” by hosting a variety of projections on its façade as well as the screening of a 3-D film which drew 6,000 visitors throughout the evening.

A cross section of Project highlights includes the Bowery Arts and Science’s POEMobile’s “A White Wing Brushing the Building,” which projected poems in four neighborhood languages on their building and The Cooper Union. Smart Spaces and No Longer Empty activated empty storefronts with art exhibitions and performances. The Bowery Poetry Club organized a reunion and public forum on CETA (Comprehensive Employment and Training Act, a large federallyfunded artists’ work corps from 1977-82) with dignitaries such as Mary Schmidt Campbell, Rochelle Slovin, Randy Bourscheidt, and Ted Berger who presented ideas for artist-employment in today’s economic climate. A Pecha Kucha marathon, in which over fifty designers, architects and artists presented their projects in a rapidfire format, was held in the Basilica’s Old School Gym. Solar One, Anthology Film Archives in partnership with the Center for Urban Pedagogy, Dodge Gallery, and Scaramouche Gallery presented programs of films, exhibitions, and discussions exploring unseen public networks such as New York City’s water systems and waste collection. The Swiss Institute joined Salon 94 Freemans to host the Freitag brothers—creators of messenger bags made from recycled tarpaulin—who cooked soup for a stream of visitors and composted the waste in a special container. The Lower East Side History Project put together the tour, “The Bowery: How it Got There and Where It’s Going,” which looked at how economics, social trends, and public policy affect the Bowery. White Box ran a forty-eight-hour, online workshop for collaborative public art and urban planning that allowed participants to re-imagine the Bowery though “Betaville on the Bowery: A Massively Multiplayer Urban Science Fiction.” Longtime Bowery stalwarts, Bowery Mission and Common Ground, delivered programs about combating homelessness through creative apartment design, stories by formerly homeless people, and visits to rooftop gardens.

These are but a handful of the 100 initiatives that made up the Project piece of the Festival. 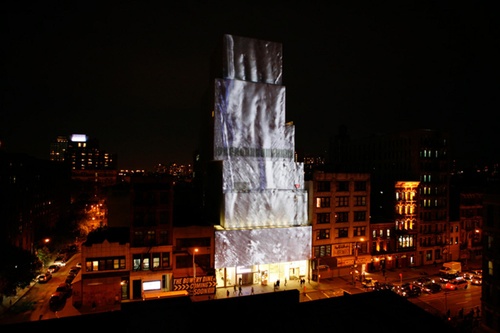 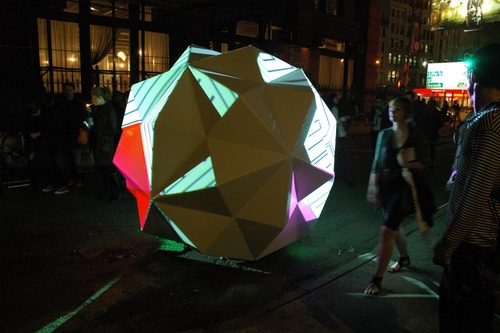 Festival of Ideas for the New City StreetFest 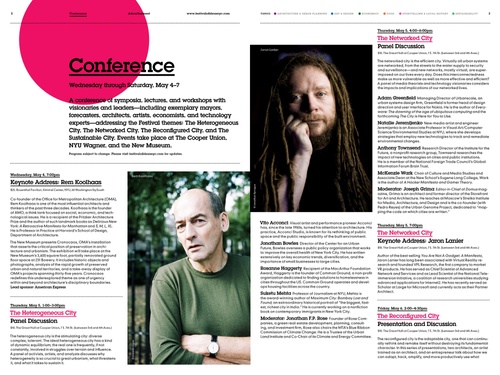 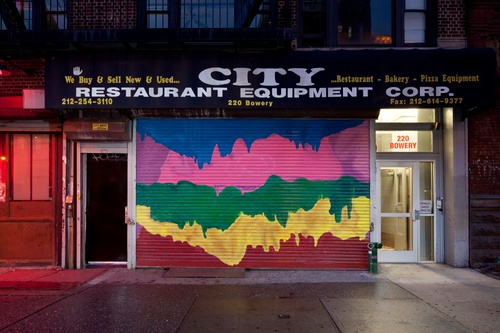 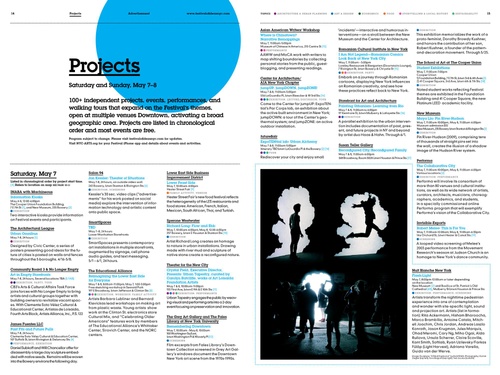 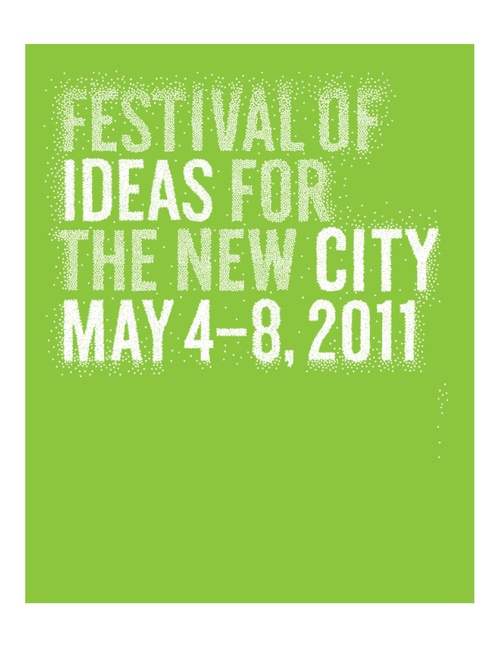 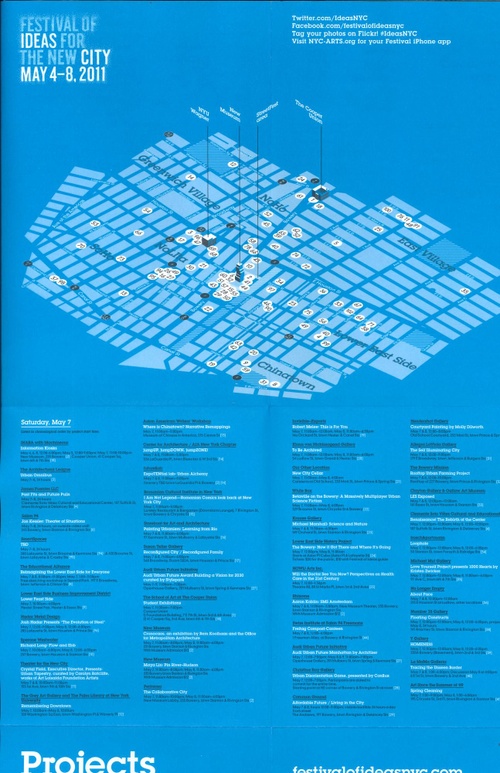 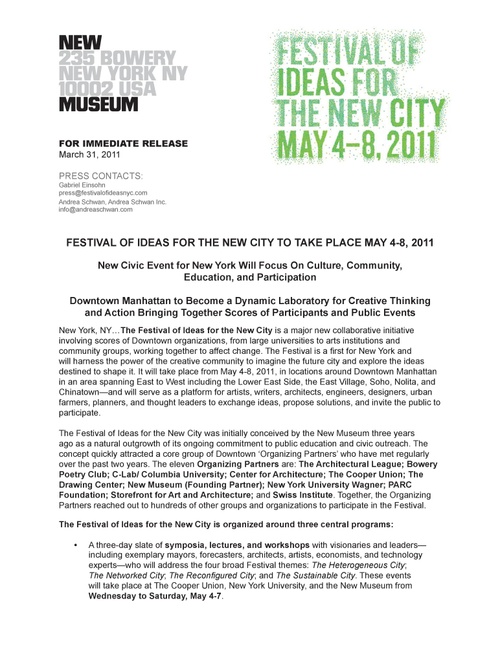