In 2013, New Museum launched a new lecture series, Outside the Box, a roster of gallery-based talks given by a variety of guest speakers over the course of a season. In this new series, lecturers with diverse backgrounds and affinities address the New Museum’s current exhibition(s), kicking off with “Chris Burden: Extreme Measures,” in forty-five to sixty minute presentations taking place exclusively in the Museum’s galleries. As a way to emphasize the Museum’s strong commitment to new art and new ideas, Outside the Box talks are open to the public and are intended to provide participants with multidisciplinary perspectives on New Museum exhibitions. To this end, lecturers speak about the exhibitions or themes emergent in artists’ works from the various positions they occupy, be they academic, personal, political, etc., and engage in rich investigations that illuminate and probe the Museum’s current exhibition program.

Jenny Jaskey is curator of the Artist’s Institute at Hunter College, New York. Recent exhibitions include the works of Lucy McKenzie at the Artist’s Institute (2013–14), “The End(s) of the Library” with Julieta Aranda, Fia Backström, R. Lyon, David Horvitz, Christian Philipp Müller, and “The Serving Library” at the Goethe-Institut New York (2012–13), the works of Haim Steinbach at the Artist’s Institute (2012), and “Jutta Koether: Mad Garland” at Center for Curatorial Studies, Bard College (2012). She is coeditor with Christoph Cox and Suhail Malik of Realism Materialism Art, an upcoming publication on the “speculative turn” in philosophy and aesthetics published by Sternberg Press. 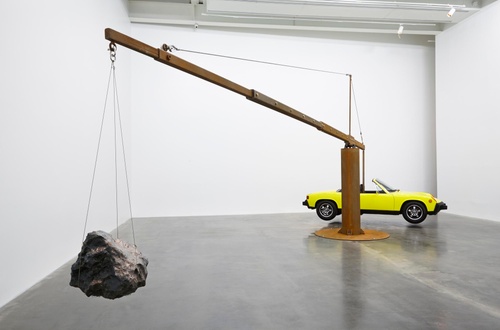