This special conversation between artist Kaari Upson and writer and critic Leslie Dick, introduced by Associate Curator Margot Norton, was held on the occasion of the exhibition“Kaari Upson: Good thing you are not alone,” the first New York presentation of work by the Los Angeles–based artist. Since 1992, Dick has been a faculty member at CalArts, the school Upson attended for both her BFA and MFA, and the two have known each other for many years. They will discuss Upson’s work, which tracks open-ended, circuitous narratives that weave elements of fantasy, physical and psychological trauma, and the often-fraught pursuit of an American ideal. The conversation will take cues from the artist’s New Museum exhibition, which debuts a new series of works centering around a family living in a tract house in Las Vegas. The series explores an environment characterized by its architectural mirroring, yet haunted by the psychological tensions inherent in striving toward an imaginary perfect double.

Leslie Dick is a writer and critic living in Los Angeles. She was a full-time critic in Sculpture at Yale School of Art for the academic year 2016–17. Dick is currently co-director of the Art Program at CalArts, where she has taught since 1992. 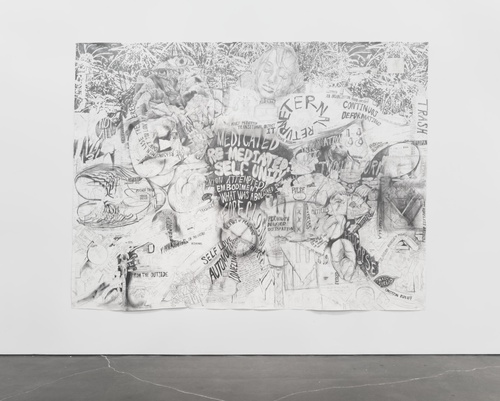 Kaari Upson: Good thing you are not alone