Justin Vivian Bond: My Model | My Self: I'll Stand By You 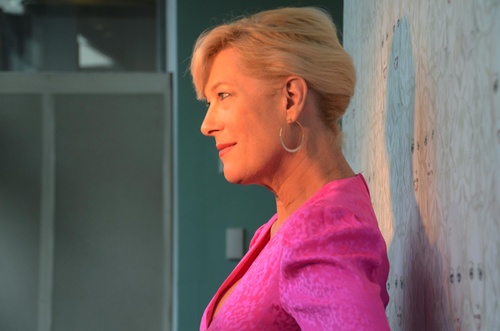 Justin Vivian Bond: My Model | My Self: I'll Stand By You

Once a month, behind the glass of the Museum’s Lobby window, a red carpet will frame a scene: a still life that, if watched closely, betrays slight movements. As a part of “Trigger: Gender as a Tool and a Weapon,” Justin Vivian Bond will perform a public meditation “modeling” under a spotlight, staring blankly into the middle distance, as an homage to Karen Graham, the face of Estée Lauder cosmetics in the 1970s. Inspired by a rare video shot by Nick Knight of the print model in motion, Bond explores the awkwardness and inevitability of movement within seeming stillness. The artist will perform on three occasions, including December 1, World AIDS Day—which began in 1989 as A Day Without Art—to call attention to the countless luminaries being lost to HIV/AIDS, whose creative visions continue to shape our culture. For these performances, the artist has chosen to wear a vibrant pink dress designed by Frank Masandrea, a fashion designer who died of AIDS in 1988. Masandrea created several garments modeled by Graham in iconic photographs taken by Victor Skrebneski in the ’70s and early ’80s. In addition to this highly public performance, Bond’s fascination with Karen Graham is represented in “Trigger” by a series of watercolor drawings of Bond as Graham alongside drawings of Graham herself, which Bond has continuously created since childhood. The artist locates an appropriated mass-media image of femininity in Graham, which informs Bond’s practice in concert with their personal, lived experience.

My Model | My Self: I’ll Stand By You was also performed on September 26, 2017 as part of the VIP Opening for the exhibition “Trigger: Gender as a Tool and a Weapon.” 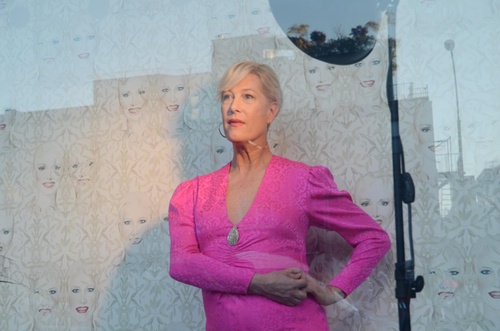 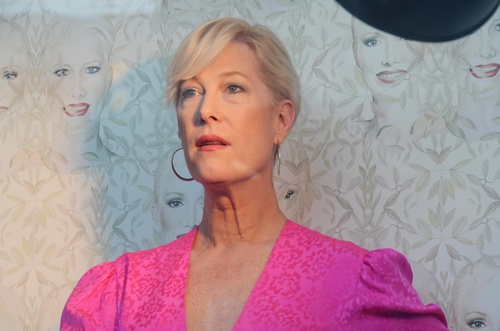 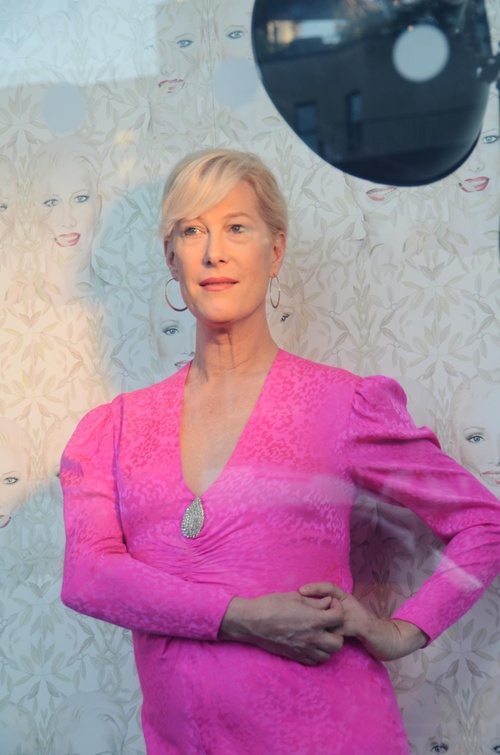 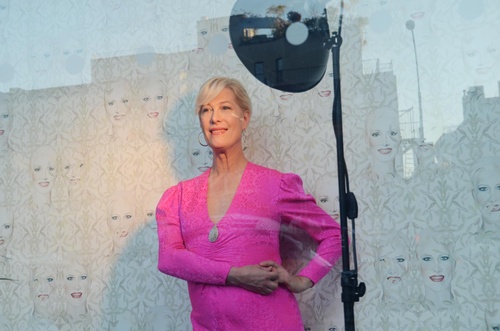 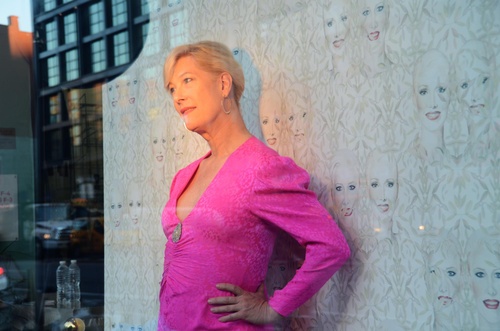 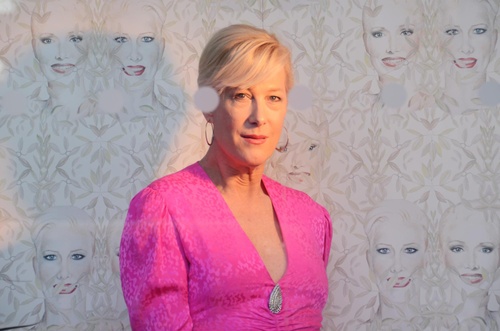 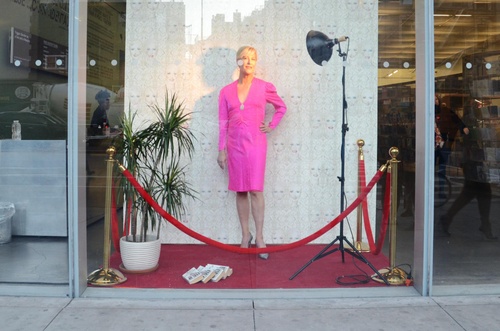 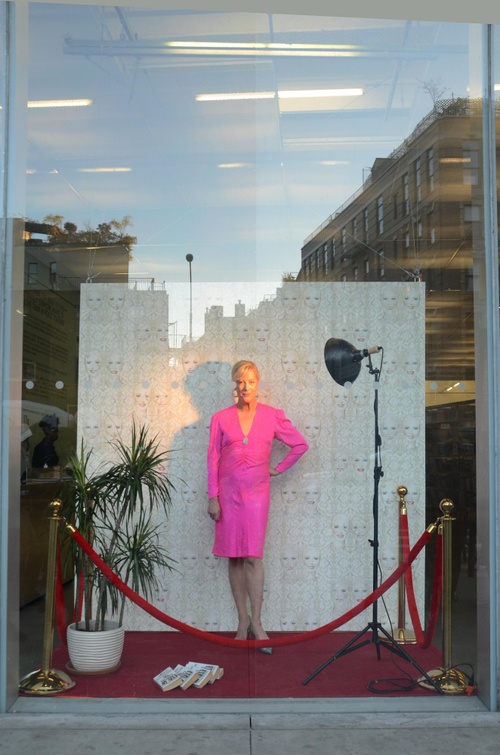