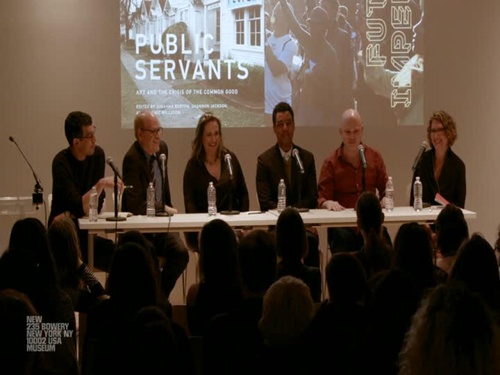 Organized by the New Museum and A Blade of Grass, this event celebrated the launch of Public Servants: Art and the Crisis of the Common Good (edited by Johanna Burton, Shannon Jackson, and Dominic Willsdon) and Future Imperfect (edited by Elizabeth M. Grady). The event featured presentations by and discussions with Ben Davis, Tom Finkelpearl, Rick Lowe, and Laura Raicovich.

Public Servants: Art and the Crisis of the Common Good is the second entry in the New Museum’s publication series, Critical Anthologies in Art and Culture. The anthology gathers essays, dialogues, and art projects—some previously published and some newly commissioned—to illuminate the ways the arts shape and are shaped by a rapidly changing social and governmental landscape. Future Imperfect was the inaugural publication by A Blade of Grass, a nonprofit organization whose work is dedicated to supporting socially engaged art. Framed by project participants and some of the discipline’s most important thinkers, this volume weaves together accessible scholarship and leading examples of socially engaged art.

Taking into account the topics covered by the Public Servants and Future Imperfect, and the fact that this event took place six days after the 2016 US Presidential inauguration, a rapid response format offered a pertinent way to engage with the undesirable circumstances we must now navigate. Panelists shared brief position statements reflecting on our present moment as it related to some of the central questions posed by these books. These questions provided useful frames for further discussion moderated by the volumes’ editors: How should we understand the purpose of publicly engaged art in the twenty-first century, when the very term “public art” is largely insufficient to describe such practices? In many countries, structures of democratic governance and public responsibility, driven by radical economic, political, and global forces, are shifting, eroding, and being remade in profound ways. According to what terms and through what means can art engage with these changes? 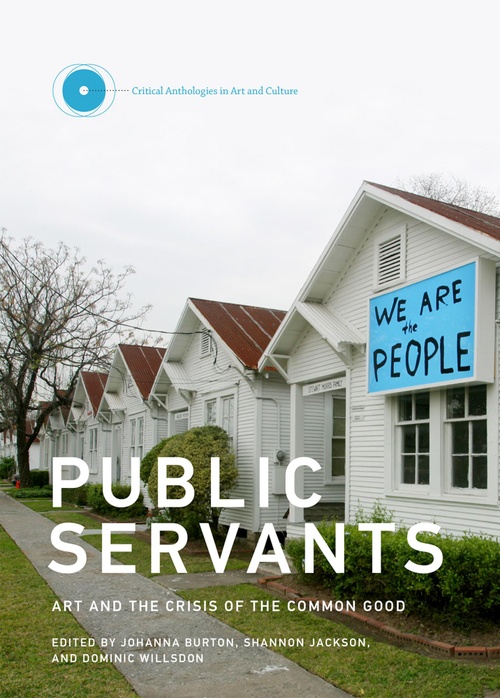 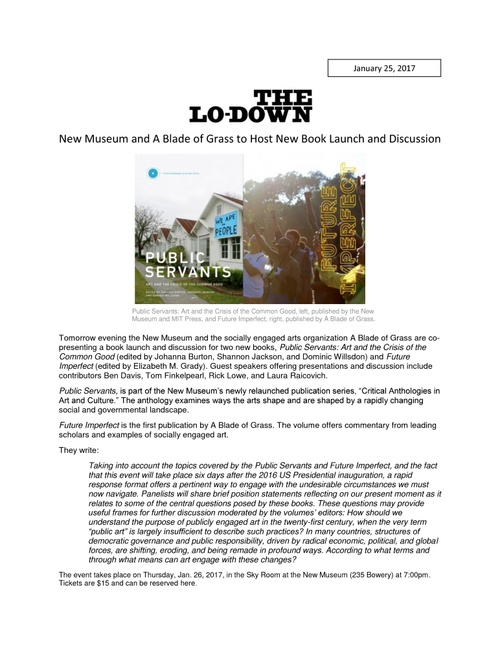