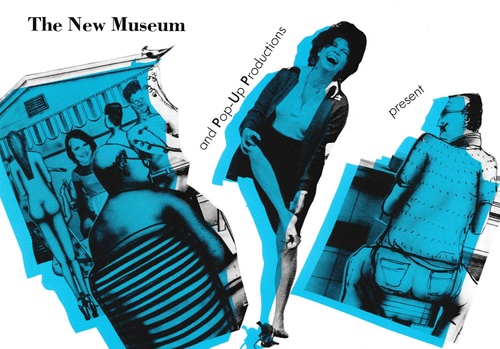 During the first week of October 1982, The New Museum presented a series of performances by Pop-Up Productions, a collaborative group from California drawn from the visual arts, film, and theater.1 The group, formed by Joan Tewkesbury and Jo Harvey Allen, performed “Two Titled”: Bissie at the Baths and Counter Angel in a special benefit performance on Friday evening, October 1. In addition to subsequent performances held on evenings throughout the following week, the Museum offered performance workshops for children.2

Counter Angel was written and performed by Jo Harvey Allen, with music by Terry Allen.3 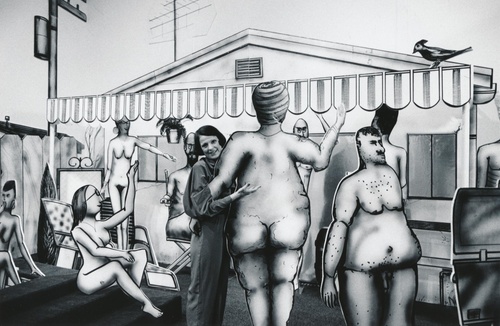 Bissie at the Baths 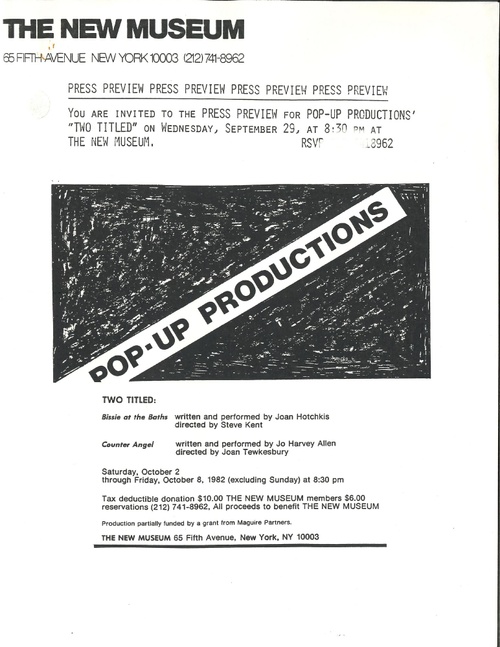