In 1988, Survival Research Laboratories presented their first full-scale New York performance, Misfortunes of Desire Acted Out as an Imaginary Location Symbolizing Everything Worth Having. Under the direction of members Mark Pauline, Matt Heckert and Eric Werner, the performance employed mechanical creations – actuated by remote control, acting autonomously or operated by assistants – to develop physically terrifying scenarios of anarchy. The graphic violence parodied and satirized accepted institutionalized forms of cultural violence, such as demolition derbies and sporting matches. This violence was intended to shock by forcing the viewer to consider some of the more unseemly aspects of modern industrial culture and the politics of power. Characters included the massive one-ton Walking Machine, the Shock Wave Cannon, and the Sprinkler From Hell.1 The performance, which occurred in the parking lot of Shea Stadium, Queens, was co-sponsored by The New Museum, Creative Time, and The Kitchen.2 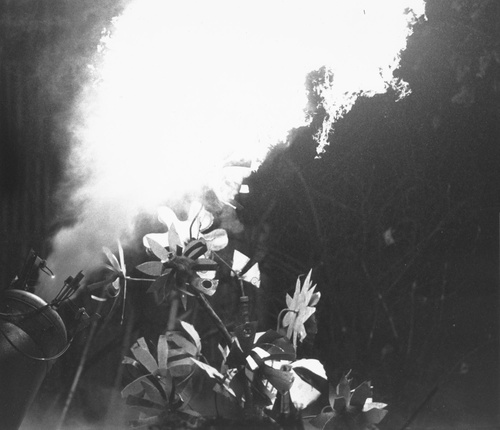 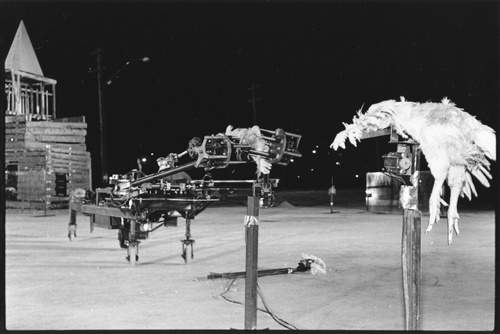 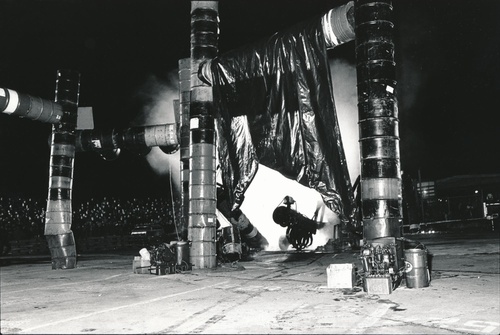 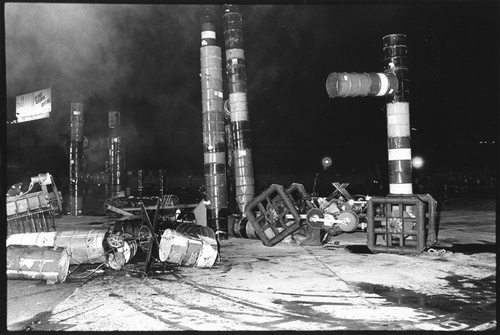 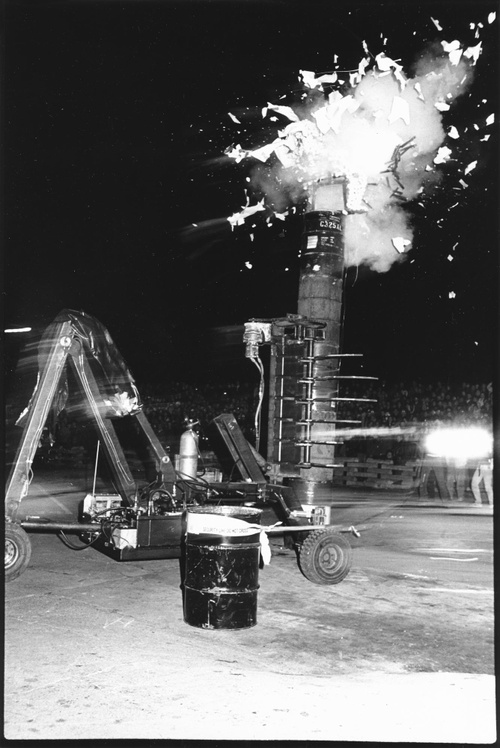 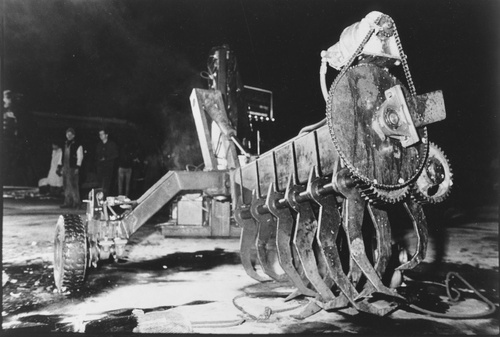 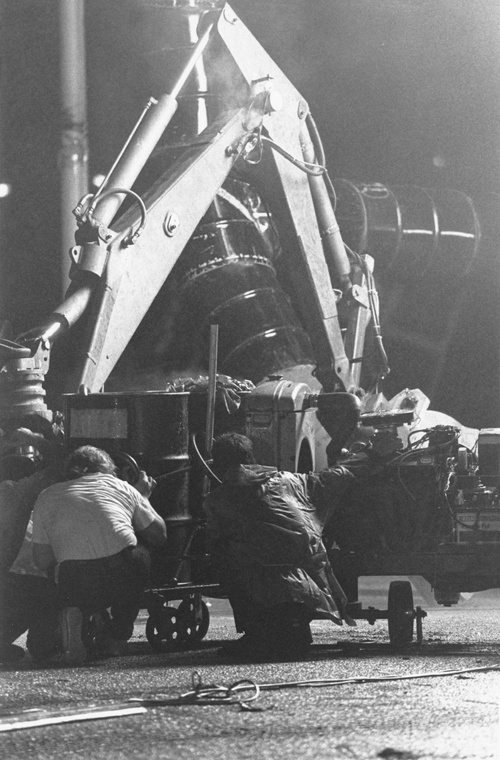 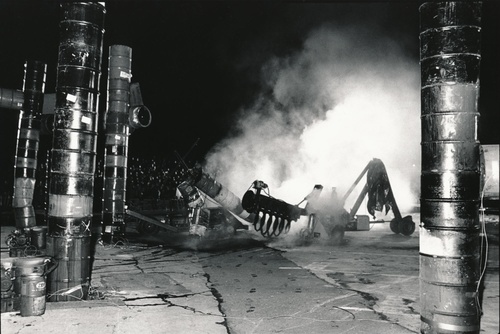 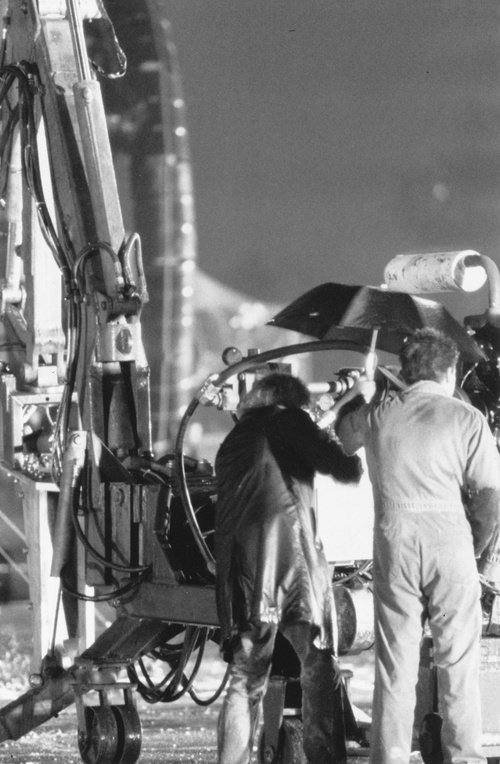 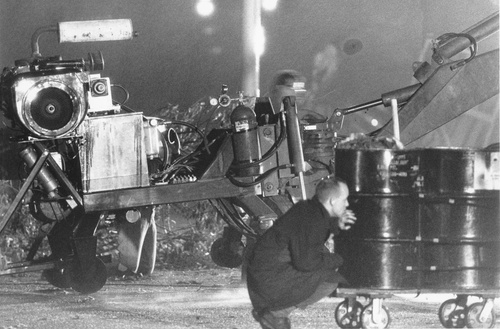 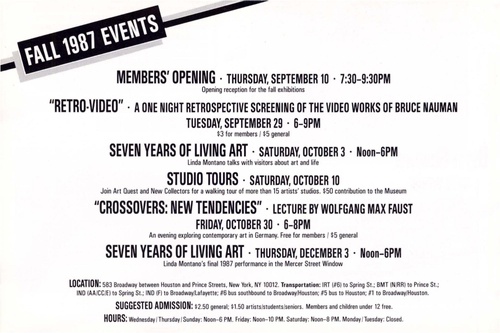