“The Unedited Robert Colescott” was a keynote lecture delivered by Lowery Sims, Associate Curator at the Metropolitan Museum of Art as the first in the three-program series Black to the Future. Black to the Future examined many of the controversial issues found in the work of Robert Colescott. Refering to his experiences as an African-American artist, Colescott developed a seethingly satirical and provocative painting style, which forced its viewer to confront racial and sexual sterotypes. For her lecture, Sims highlighted Colescott’s works that had not received critical attention and discussed the artist’s commentary on racial and sexual politics.1

Series:
Black to the Future 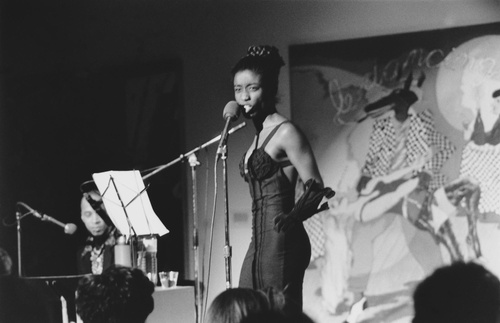 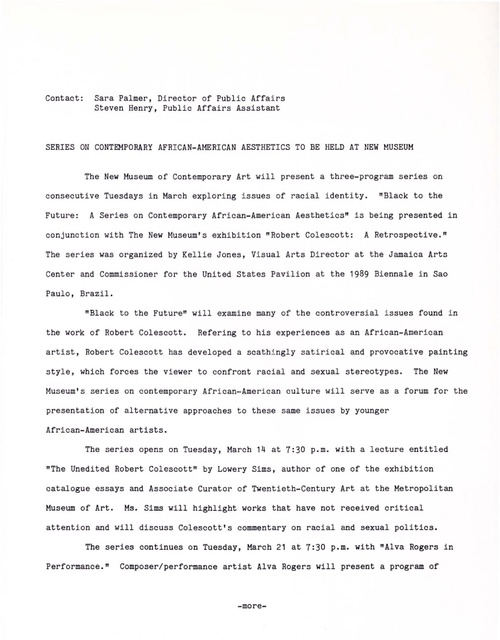