“With the dual motives of economic expansion and geographical conquest, the ‘Age of Exploration,’ five centuries ago set the stage for the rise of the modern world order, marked by the dominance of the West.  As drastic shifts ar eoverturning that modern world order, a substantial reconsideration of the rhetoric of expansion and conquest is suggested. Entitled Occupied Territory, the 1992-1993 exhibition year investigates an emerging sense of the world as a delicately balanced and limited whole, with an emphasis on the interdependency of its different aspects. The role tha tpower plays in structuring the exchange of resources and the effect of ‘shrinking globe,’ resulting from innovations such as supersonic transport and global telecommunications, all point to an unprecedented sense of human responsibility in remappingthe world at the threshold of the 21st century. Three sets of exhibitions and programs make up the Occupied Territory year. Each will be organized as a collaboration between a New Museum curator and two outside-co-organizers, while a cross disciplinary advisory board of scholars and practitioners will guide the development of all three.”1 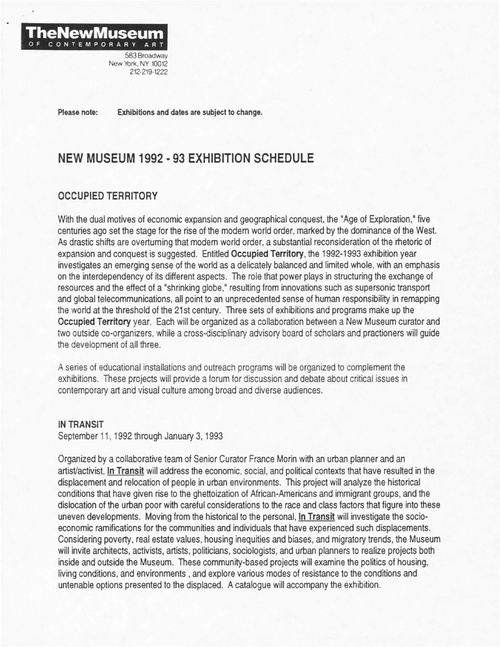 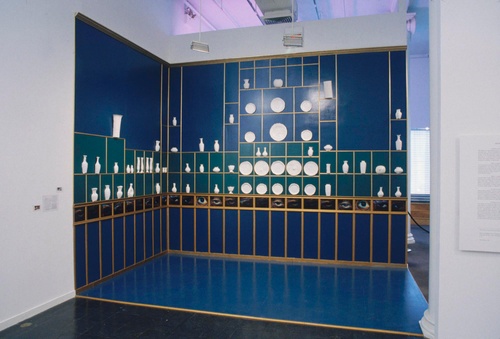 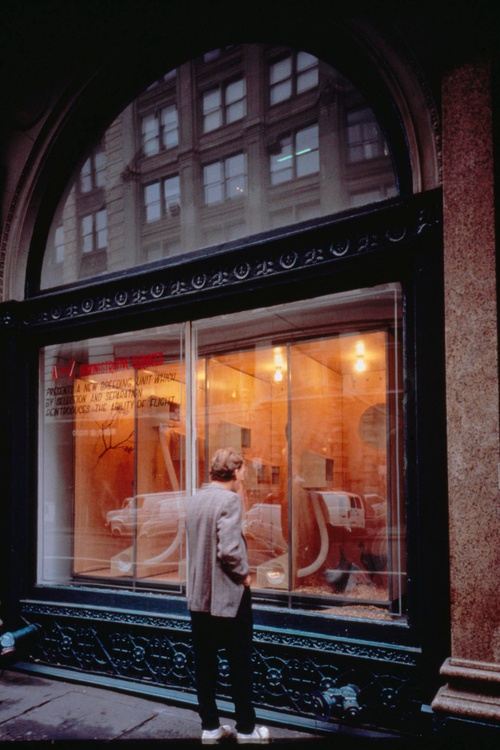 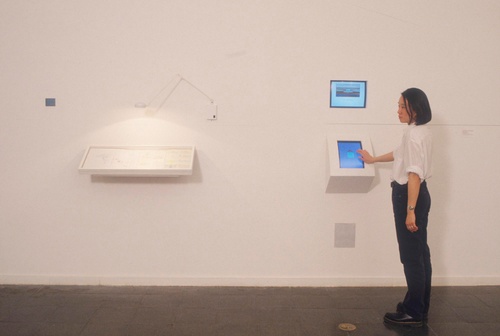 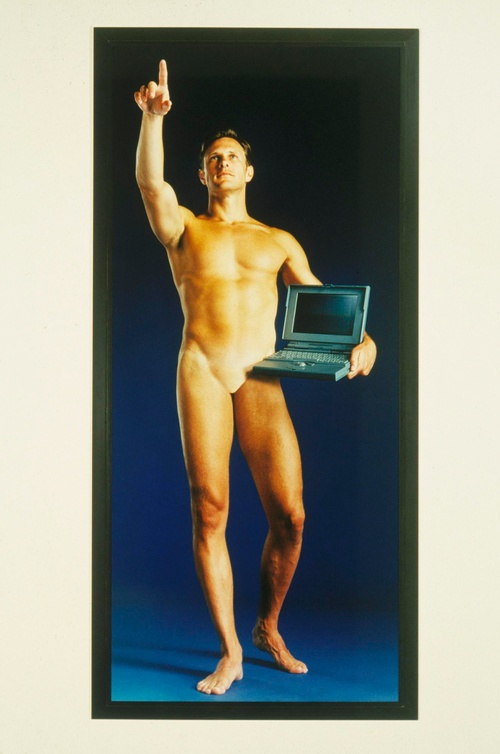 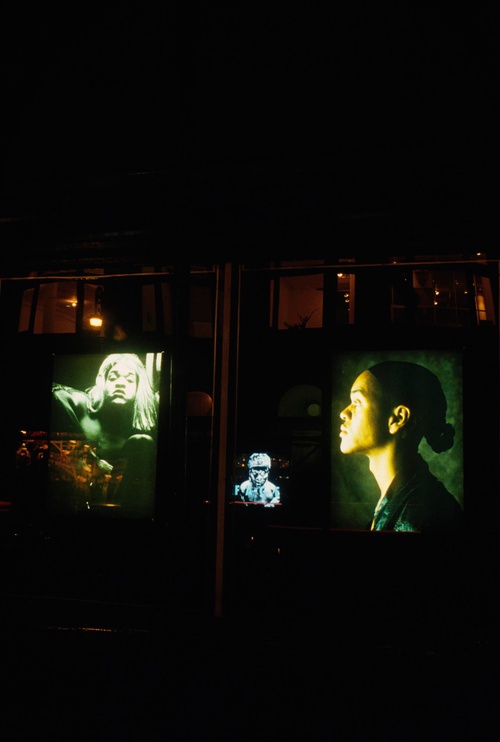 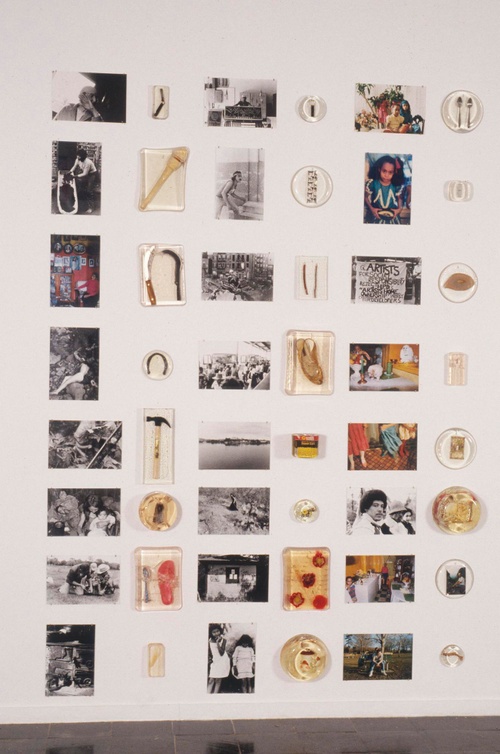