From November 4-8, 2009, Nikhil Chopra occupied the New Museum lobby gallery in the character of Yog Raj Chitrakar, a turn of the century mapmaker, draughtsman, and chronicler of the world. Inspired by the 1920s and New York City’s role in that defining moment in the history of the world—a time of deep physical, imagined, and sociological changes—Memory Drawing IX explores the expectation of America, a dream of progress still traceable in the city’s architecture and imagination.

For this performance, Chopra traveled for three consecutive days to Ellis Island in character to document New York from this unique vantage point in charcoal on canvas. Each evening, he returned to the New Museum to install his large-scale charcoal drawings, eat, groom, and subtly or abruptly develop as a character. The video premiering this evening documents Yog Raj Chitrakar’s activities and transformation over the entire five-day performance as he encounters New York.

Special Thanks to Housing Works and Whole Foods. 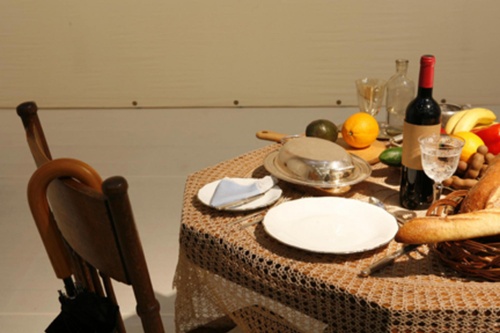 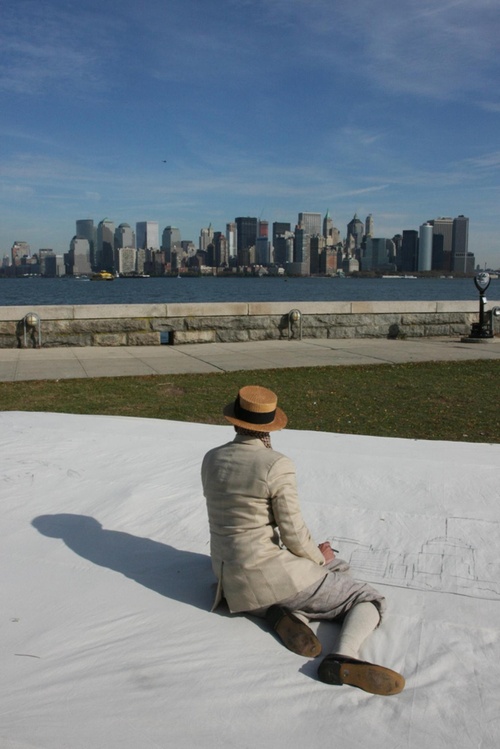