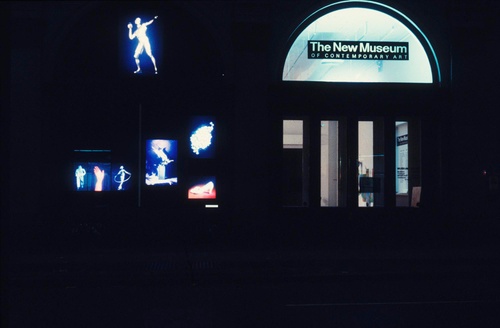 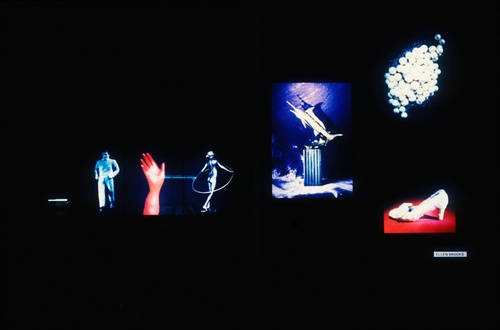 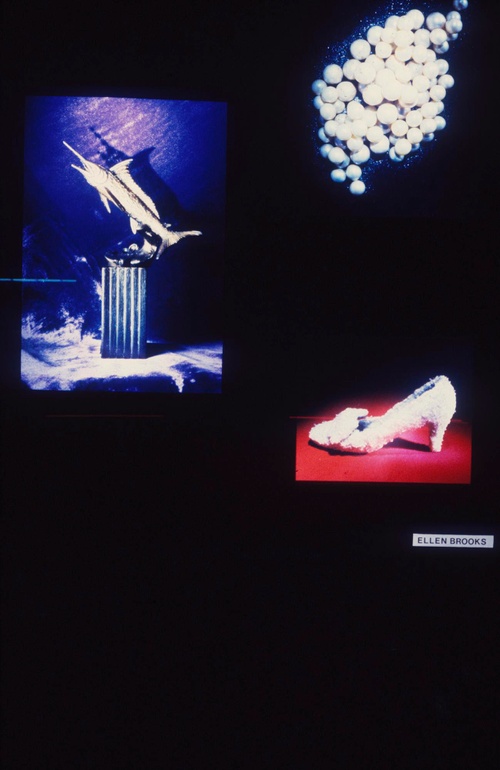 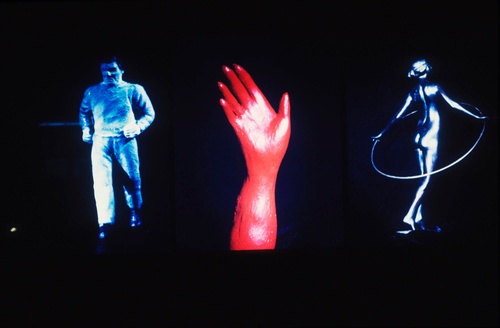 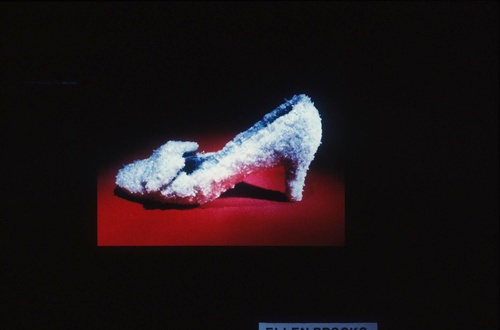 Exhibitions
Ellen Brooks
As part of the On View program, the New Museum presented two untitled installations by Ellen Brooks in the window and the lobby of the 583 Broadway location. For Brooks, the window was conceived as both fact and fiction — as a conventional area of commercial display, like all of the other merchandise-filled windows on the avenue — and as a metaphorical site of desire. Her commodities, or goods-for-sale, were not commodities at all, but photographic representations of the “real thing.” Yet, in Brooks’ rarefied atmosphere of simulated display, what was the “real thing?”

Ambiguity, games between the sexes, and issues of economics and power often played a role in Brooks’ work, and her window installation and triptychs were no exception. More emblematic than ever, Brooks’ installations sought to reveal the truth of all representations: that they are neither true nor false, but merely images of desire. 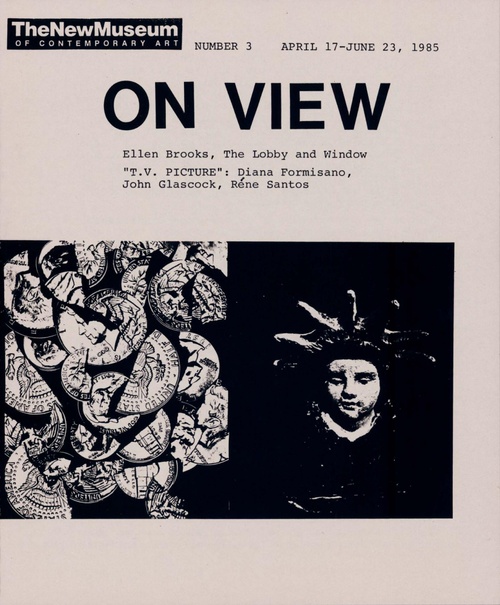 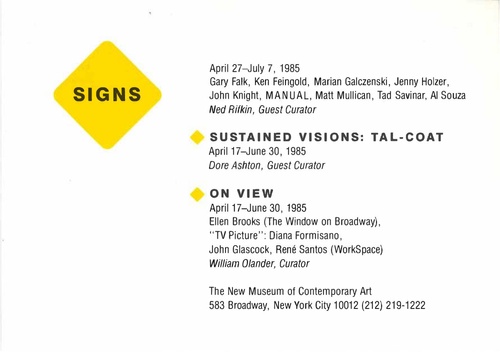