Exhibitions
Nitelife
Exhibition of works related to live performance which accompanied the series “Nitelife.”
By presenting “Nitelife,” a project devoted to new and experimental “live art,” the Museum is fulfilling its role quite neatly as an institution. That is, it is appropriating and validating as officially “avant-garde” activity which was previously and primarily subcultural (there were certainly authentic subcultural forms developed within and marketed by the East Village phenomenon). It introduces this activity with much fanfare into the mainstream and makes it palatable, no matter what happens, to its largely middle-class audience. 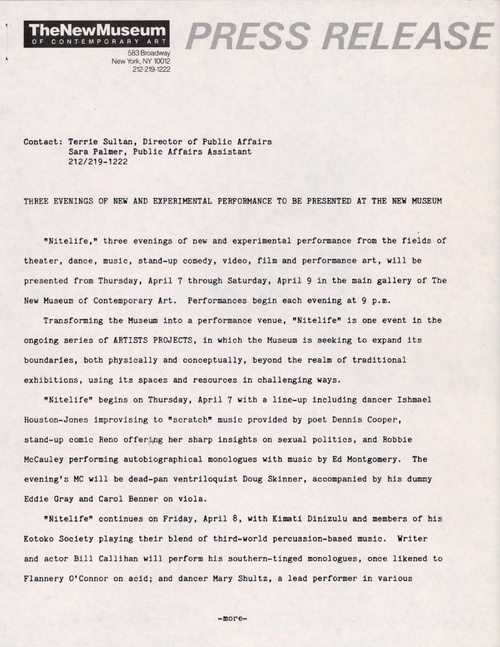