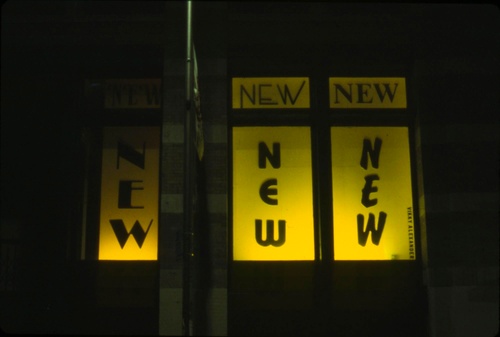 Exhibitions
Vikky Alexander: New
For her window installation, Vikky Alexander placed six typographic enlargements, in six typefaces, of the word “new” in the billboard-like shop window overlooking Mercer Street. In such a pedestrian context, the work immediately established an interface between the passersby and the museum interior, and rhymed with adjacent advertising signs.

Alexander’s work pointed to the psychological and systematic use of words rather than their adjectival function, and opened up a range of significations which illuminated not only the iconography of the sign, but also the economic and aesthetic system in which that sign participated. 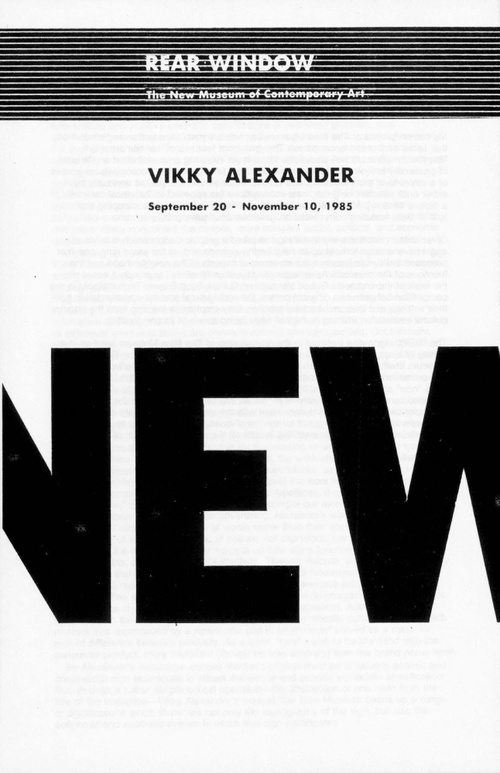 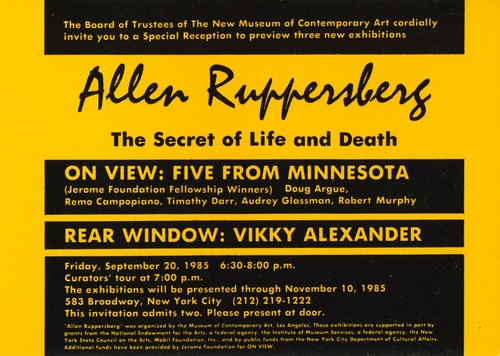